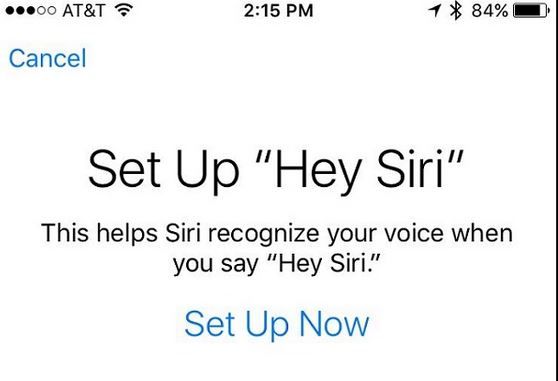 MacRumors writes that it has discovered in the first public beta of iOS 9.1 that was released yesterday that Apple has included a special set-up feature for “Hey Siri” in the Settings app. This new feature is only possible because of the built-in M9 coprocessor in the iPhone 6s and iPhone 6s Plus and the always-on function.

While what has been discovered about the set-up process has yet to be confirmed by Apple, it seems that Siri will now have the ability to detect a specific user’s voice, and then recognize whether or not the iPhone’s owner is speaking to her. It’s thought that this recognition feature will work in a very similar way to how the Touch ID fingerprint reader gets increasingly more accurate over time the more you use it.

To this end, it looks as though the “Hey Siri” feature will walk the user through using certain words and phrases with Siri to get her used to your voice.

That's a good thing. Maybe that will keep Siri from thinking I am talking to her when I am not.
You must log in or register to reply here.

How To Use 'Hey Siri' Without a Charger

Asking Siri 'Give Me a Hint' Currently Hints Towards Apple's Event