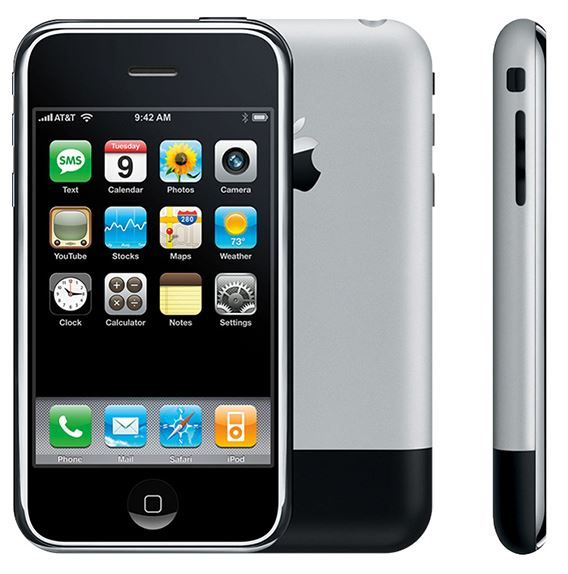 The iPhone is 10 years old today, reports MacRumors. On June 29, 2007, the first iPhone went on sale, six months after it was announced by the late Apple co-founder and CEO Steve Jobs at Macworld Expo 2007 in San Francisco. By October 2008 Apple had already sold 10 million iPhones, and 10 years, it has sold more than one billion.

During that now-legendary presentation, the assembled journalists cheered as Jobs told them that Apple was reinventing the phone, and was about to revolutionise the industry, just as it had done with the personal computer with Macintosh in 1984 and portable music with the iPod in 2001.

Just like Steve Jobs stated at the time, the iPhone changed everything, despite the many naysayers, including Tech Crunch, which predicted that “a sizeable contingent of iPhone buyers” would eventually regret ditching their BlackBerry due to what they predicted would be a useless virtual keyboard. Or, even more famously, former Microsoft CEO Steve Ballmer, who said back in 2007 of the iPhone, “500 dollars? Fully subsidized? With a plan? I said that is the most expensive phone in the world. And it doesn’t appeal to business customers because it doesn’t have a keyboard. Which makes it not a very good email machine.” In 2016 Ballmer told Bloomberg that he wished he had thought of Apple’s idea of subsidized phones first, and that Microsoft made a mistake by not entering into the smartphone and tablet market sooner.

Some things never change, of course. I like the fact that MacRumors says that even before the first ever iPhone was released, there was still speculation and rumours about the iPhone 2! And just as happens today, back in 2007 people were lining up around the block outside Apple stores all over the world for days prior to the June 29 release date. What a testament to Apple it is that 10 years on, there is still huge excitement about the release of a new iPhone, and customers still line up outside stores all over the world to get their hands on them first.

The Futurist: We Predict the iPhone Will Bomb

This is the day that a 10th anniversary iPhone should have been released.

scifan57 said:
This is the day that a 10th anniversary iPhone should have been released.
Click to expand...

Totally agree....Apple missed an opportunity there.

I remember thinking my PDAs we're doomed to obsolescence when the iPhone arrived, I still have all 4 and other than packing to move I never touch them anymore.

Happy Birthday iPhone! I can't imagine life without you

On another note, I miss you Steve. I wish you were still here to see this device grow up and give it direction.
W

Iphone is best for create video and photo, so that's why I always choose iphone, happy birthday iphone
You must log in or register to reply here.

The iPhone is 10 Years Old Today

Steve Jobs Gave His Blessing to the iPhone 5