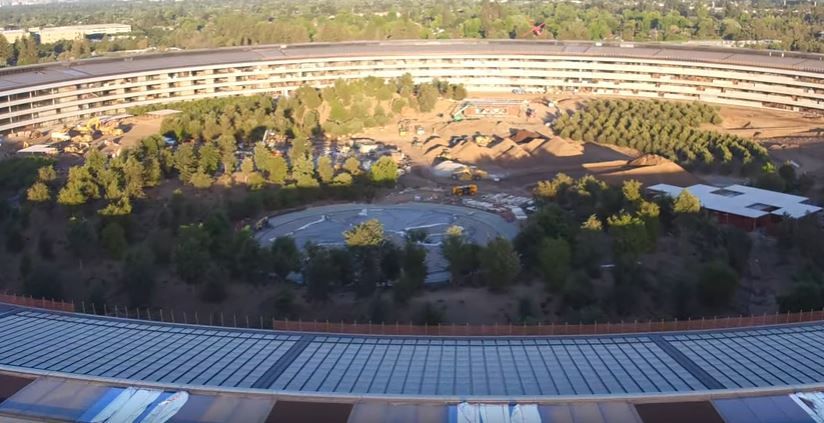 MacRumors reports that drone photographer Duncan Sinfield has today posted a new “Aerial Update” video of Apple Park on YouTube that shows the development of some of the landscaping projects in particular. Here’s his description of the video, which explains a little more about it:

“Landscaping around the campus picked up momentum in the month of July, particularly in the inner-circle of Apple Park where a large grove of trees has been planted. Tantau Ave. was also closed to vehicle traffic for much of the month as Apple works rapidly to finish the Visitor's Center. ‘Opening day’ at Apple Park is still several weeks away.”
Click to expand...

Once completed, Apple Park will be home to approximately 9,000 trees; Dave Muffly, the senior arborist overseeing the landscaping of the massive campus, previously told Backchannel that he was sought out and personally chosen for the task by the late Steve Jobs, who thought that trees should be one of the most important aspects of Apple Park in the style of the old Silicon Valley, which was said to have had more fruit trees than it had engineers.