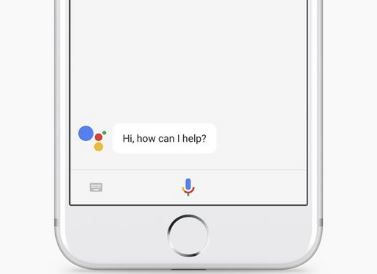 9to5 Mac reports that Google’s VP of Engineering Assistant, Scott Huffman, has just announced at its I/O developer conference that it is bringing its Assistant to iPhone. Google says that the Siri competitor will be arriving in the App Store later today as a standalone app for iPhone in the US. Previously, Google’s Assistant was only available via its Allo messaging app, and also on Android and Google Home devices.

While you won’t be able to replace Siri with Google Assistant as your default virtual assistant on your iPhone, you will be able to use it via Google’s iOS app.

Tech Crunch reports that Google Assistant is said by Google to be more powerful than Siri, with the ability to answer more complicated questions and the addition of third-party integration. You can also use it to control connected devices.

However, one area in which Siri is still superior to Google Assistant is that Siri works in a wide variety of languages, including multiple forms of Chinese, as well as Dutch, English, French, German, Italian, Spanish, Arabic, and Danish, among others. In contrast, Google Assistant currently only works in English, although very soon it will also support French, German, Brazilian, Portuguese, and Japanese, with Italian, Spanish, and Korean coming after that.

I hope this puts some pressure on Apple to update and improve Siri. I feel like Siri is really starting to fall behind the voice assistants.
F

I want absolutely NOTHING from google loaded on my phone. In fact, I use duckduckgo.com as my default search engine. Let google track somebody else for targeted ads. It still amazes me to this day that people actually pay for android and google's bloatware

I'm in the complete opposite...love my Google Apps...no issues with ads and everything flows nicely across my devices...
R

Bkdodger said:
I'm in the complete opposite...love my Google Apps...no issues with ads and everything flows nicely across my devices...
Click to expand...

If you have google apps you're being tracked and web pages you visit will load targeted ads. Look it up.
F

Nah. Apple's maps app has always worked splendidly for me.

fb si said:
If you have google apps you're being tracked and web pages you visit will load targeted ads. Look it up.
Click to expand...

It's not only Google we have it in every area of our contact to the web and daily functions...there are ways to minimize across every platform...I look at the positives of using what I need to get what I want to do or get to where I want to be

Google Drive Out Now for iOS