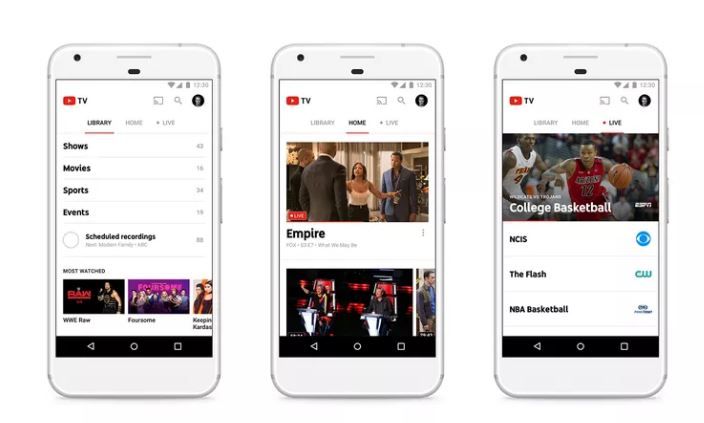 Recode writes that Google has today unveiled its new YouTube TV platform, which will cost $35 per month to use and which will feature a bundle of channels from both broadcast networks and cable networks.

The new service will have its own app, which is due to launch later in the spring, and which will be separate from the YouTube Red subscription service, which has not done particularly well since it launched last year.

Google is claiming YouTube TV as a “mobile first,” with most users expected, and, in fact, encouraged, to view the service on their phones or tablets, although the service will also be available on laptops and TVs.

YouTube TV’s “skinny bundle” will include the four broadcast networks, Fox, ABC, CBS, and NBC, as well as some cable channels that are associated with the big four, such as Fox News, ESPN, and Bravo. The basic package is expected to feature approximately 36 channels.

At launch, YouTube TV will not feature any content from networks owned by exclusively pay TV networks, such as Viacom, AMC, or Time Warner, but YouTube execs says that this could change in future, especially as YouTube would like to work out a deal to show content from Time Warner’s HBO channel in particular.

Source: YouTube, the world’s biggest video site, wants to sell you TV for $35 a month

When Internet fees etc are added in this won't be any better but with fewer channels than cable
You must log in or register to reply here.

Discovery and Viacom in Talks with Apple Regarding TV Streaming Service