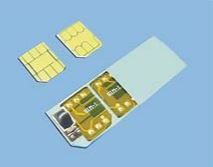 AppleInsider reports today on a new note to investors from KGI Securities analyst Ming-Chi Kuo, in which he says that one version of Apple’s rumoured forthcoming LCD iPhone could be dual-SIM dual standby (DSDS) capable, with two physical SIM card slots and no eSIM support. A second LCD model could have the usual single-SIM slot, and could cost from $550 to $650, even cheaper than the figure of between $700 and $800 that was rumoured back in January. The DSDS version would probably cost a little more, approximately $650 to $750.

DSDS has several very useful features to it, such as making it easier to travel to different countries or locations without swapping out SIMs. Apparently this can be a big issue in China, with users often choosing to change cellular providers when they travel to different provinces. It can also be a very useful option for companies that give mobile devices to their employees.

Back in February Kuo had already said that this year’s iPhones would have DSDS capabilities because thanks to the new generation of Intel baseband chips.

Kuo expects that production of the 6.1-inch LCD iPhone will begin three to five weeks after production starts on the OLED versions in order to facilitate the last-minute installation of DSDS.

Due to the lower pricing and DSDS, Kuo thinks that the 6.1-inch iPhone will be the most popular of all Apple’s 2018 iPhone line-up.

Source: Kuo: Budget 6.1-inch LCD iPhone lineup could start at $550
You must log in or register to reply here.