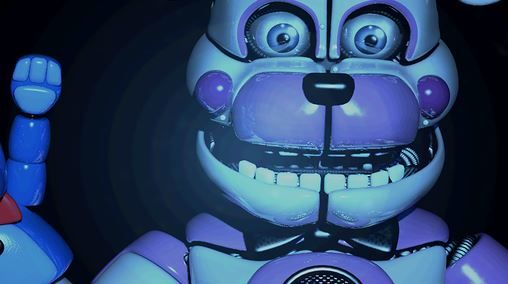 The new year just got a whole lot more creepy and scary with the long-awaited iOS release of Scott Cawthorn’s Five Nights at Freddy’s: Sister Location. Set in Circus Baby’s Pizza World, the creepy toys have once more come to life and are trying to kill you, resulting in many, many jump scares! It’s up to you to try and survive 6 nights (including one secret night) and find the sister, as well as finding out her purpose in the storyline.

Touch Arcade writes that the full Sister Location game is included in the iOS version, including all 5 nights and the custom night, all of which are playable. In the custom night you can set the game’s difficulty level to suit your playing skill, as well as choosing what creatures will be part of the onslaught that you have to try and survive.

Also included is the Baby “death” mini-game, and all the extras menus from the PC game, and both endings, of course!