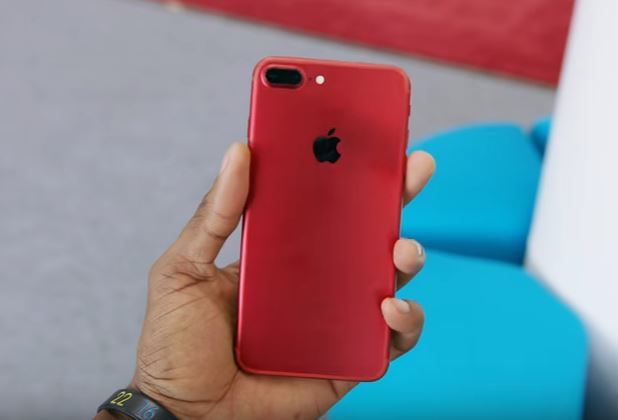 The new (PRODUCT)RED iPhone 7 and iPhone 7 Plus might not be on sale yet, but MacRumors reports that the first unboxing video has already emerged online, with an exclusive via tech YouTuber Marques Brownlee.

The video shows that the phone comes in a box with red text, and comes complete with a (PRODUCT)RED insert as well as the usual Apple inserts.

As you can see in the video, and in the first pictures of the phone released by Apple yesterday, it’s a very smart looking device. “Wow, this thing is really red and really good looking, ” says Brownlee, and he's not wrong!

Brownlee adds that the phone is “ridiculously good as you think,” and that its finish is very satiny and saturated. He also finds that because the phone is not as dark as the Matte and Jet Black iPhones that fingerprints don’t show up on it as much. However, Brownlee is not such a fan of the phone’s white front, thinking it would have looked better if it was black (or possibly even totally red might have been a nice look).

Meanwhile, elsewhere on MacRumors it was reported that Apple CEO Tim Cook has confirmed that despite the fact that the PRODUCT(RED) branding for the red iPhones has been removed from adverts in China, the proceeds from sales of the red phones will still be donated to the Global Fund.

Sources: New (PRODUCT)RED iPhone 7 Plus Shown Off in Unboxing Video

It is said that red is very popular in China.

I'd like to know where the iPhone in the video came from as it's not yet available from Apple.

scifan57 said:
I'd like to know where the iPhone in the video came from as it's not yet available from Apple.
Click to expand...

It's the real deal...I follow Marques he gets them phones ahead...

I really didnt care about the front being white, but now since he talked about it, i feel like I should be irritated. Now to impatiently wait for Wednesday's arrival....
You must log in or register to reply here.