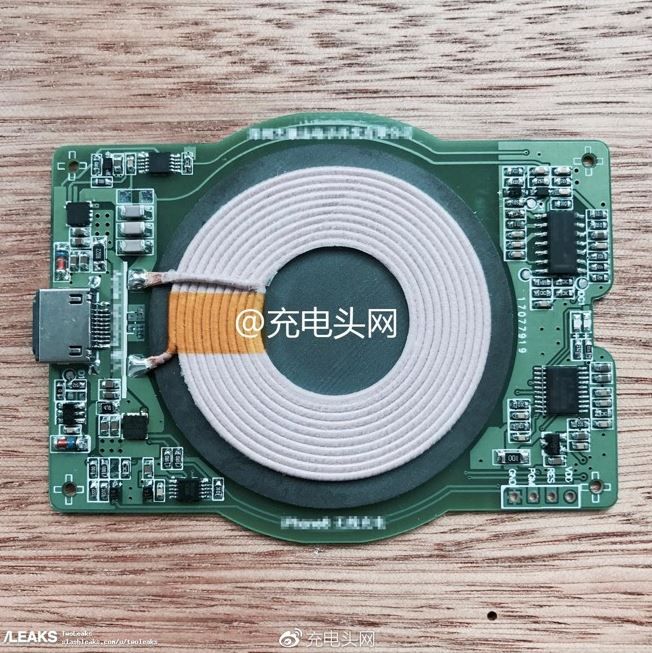 AppleInsider reports that it looks like the first actual component from the forthcoming iPhone 8 has leaked, with Slashleaks posting an image of what it says is either an internal wireless charging component or an external charging pad.

The image, which was originally posted on Chinese micro-blogging website Weibo, shows an inductive coil in the centre of the component, along with what looks like a female Lightning socket. The component has a label on the back stating that it conforms to the Qi specification, which establishes that it is indeed a wireless charging part.

The presence of the Lightning port also lends credence to the possibility of this being a genuine part, especially as it looks identical to genuine Lightning connectors.

The entire board assembly looks to be approximately 2.5 inches wide at its widest point, judging by the size of the Lightning port when compared with official Lightning ports.

Other than that, there’s not much else in terms of information provided about the part, and it doesn’t have any of the usual markings that provide clues about its possible origins as an Apple component, although some writing does appear to have been blurred out on it that could possibly have given more away.

Source: Leaked part could show Apple's 'iPhone 8' wireless charging coil assembly
You must log in or register to reply here.