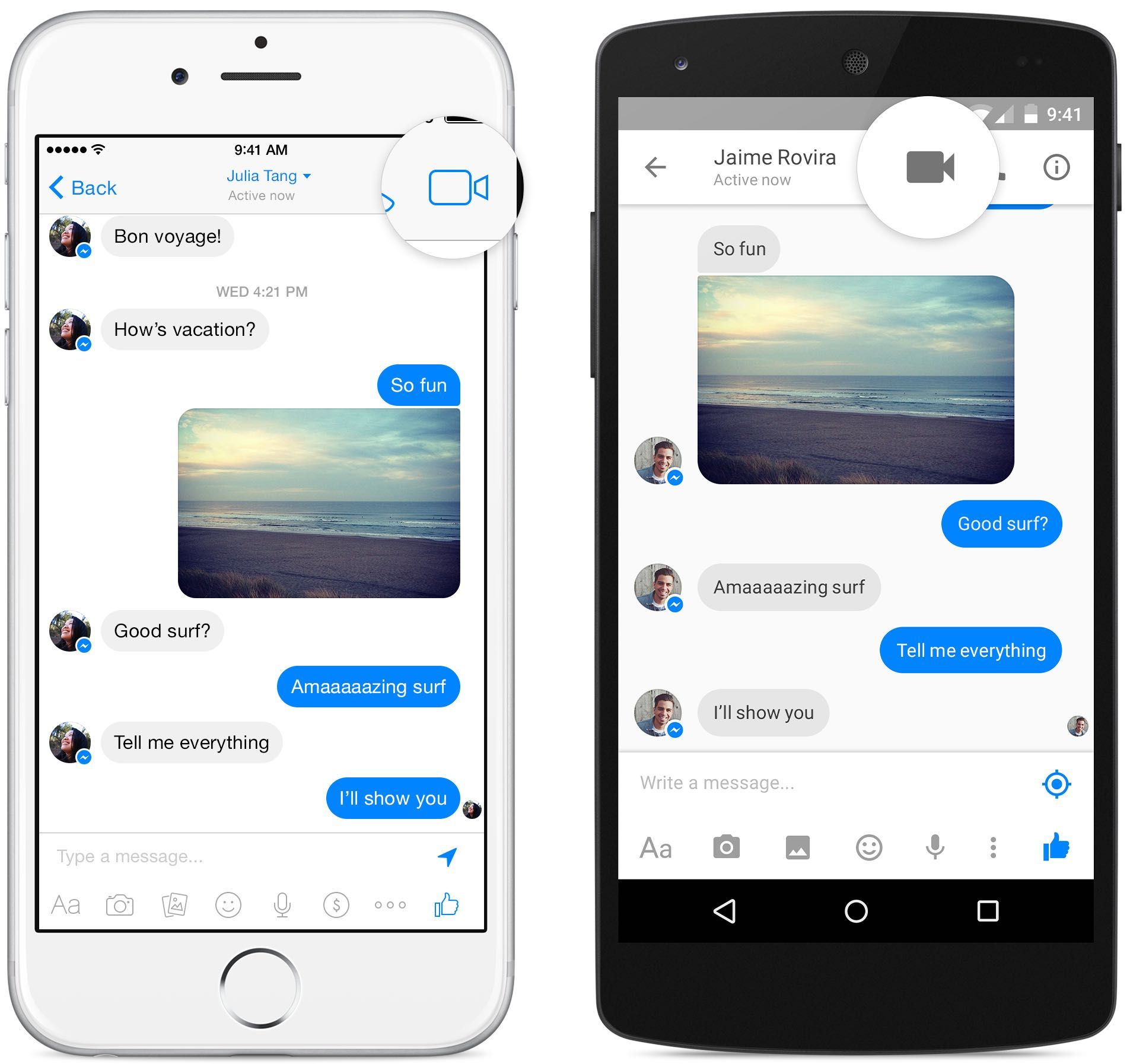 FaceTime on iOS is a great way to connect with friends and family that may live far away or traveling overseas. However due to Apple being Apple, FaceTime is only available for iOS users, leaving our Android friends behind in the stone age of voice calling.

Facebook is once again looking to change the way we interact with folks on the social network. On Monday the firm rolled out video calls within its Messenger app. The great thing about this addition is that it supports video calls cross-platform, meaning iOS users can video call Android users.

“If you’re messaging with someone and realize that words just aren’t enough, you can simply choose the video icon in the top right corner of the screen and start a video call right from within an existing Messenger conversation,” writes Facebook.

Video calling through Facebook Messenger is available on iOS and Android, currently in Belgium, Canada, Croatia, Denmark, France, Greece, Ireland, Laos, Lithuania, Mexico, Nigeria, Norway, Oman, Poland, Portugal, the United Kingdom, the United States and Uruguay. The social network giant also states that the feature will be rolling out to other regions in the coming months.
You must log in or register to reply here.