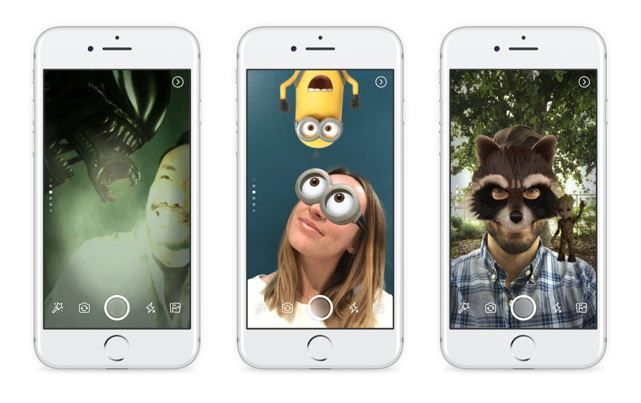 AppleInsider reports that Facebook has today begun rolling out a new feature for its iOS app, the Snapchat-like Stories, as well as a new in-app camera for iPhone.

The new Stories feature is basically a Facebook iOS app version of the same feature that Facebook has already introduced in its Messenger and Instagram apps, and which is itself very similar to Snapchat, which created the original Stories feature. You can now use the new feature in Facebook to add photos and videos to your Story, which will then be shown in the menu at the top of a person’s News Feed. Simply tap on the Story to view it. Just as with Snapchat, the Facebook app Stories will disappear after 24 hours. Another feature, Direct, lets you send photos and videos to your friends that they can only see twice within 24 hours.

As well as the launch of Stories, the Facebook app also now has other Snapchat-style features such as being able to place masks, frames, and filters onto the pictures. You can also add “Reactive” effects such as snow, for example, which will react to movement. Some masks will be sponsored, such as the really rather cool “Alien: Covenant” mask. Others were created by the likes of Douglas Coupland. Soon you will even be able to build your own frames and effects.

Source: Facebook rolls out Snapchat-like Stories & in-app camera for Apple's iPhone
You must log in or register to reply here.