Arguably the most exciting feature on the new iPhone 7 models is the camera... plural for the iPhone 7 Plus, but we'll get to that later. Both iPhone 7 models now have optical image stabilization, formerly only in the 'Plus' models, and a wider f/1.8 six-element lens.

The new lens allows for 50 percent more light, while the sensor is 60 percent fast and 30 percent more efficient. Apple has adde a flicker sensor to the camera system, hoping to remove flickering from computer screens and artificial light.

Our favorite fruit company also improved low-light photography and added video image stabilization to Live Photos. Apple is now allowing developers to use its Live Photo APIs along with the ability to capture RAW images.

On the front, the FaceTime HD camera has been upgraded from five megapixels to seven, for all of your selfie needs. The front camera also captures sharper, wide color images, similar to the rear. 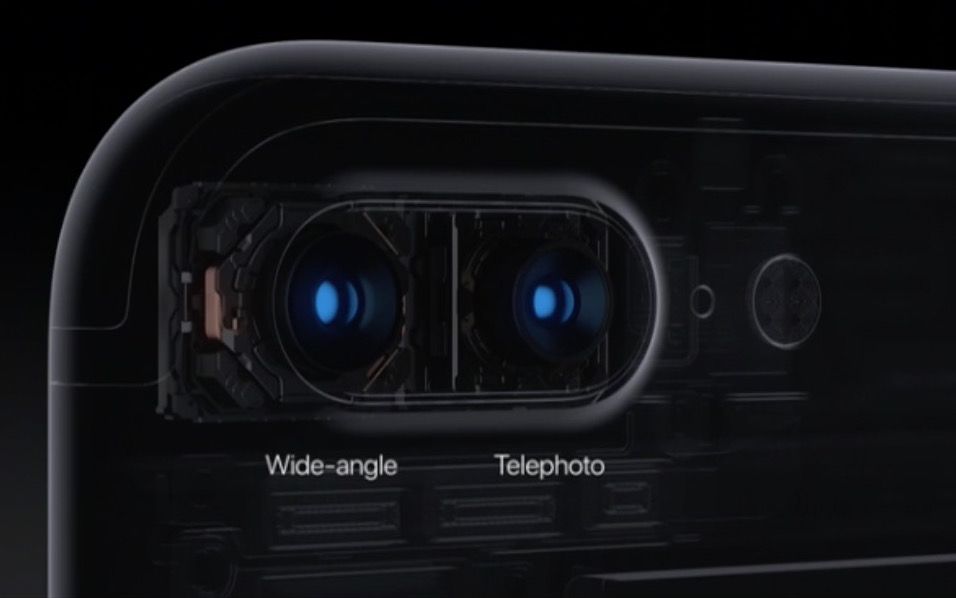 Finally, as mentioned before, there is a dual-lens camera system exclusive to the iPhone 7 Plus. The new system allows from true 2x optical zoom, using two twelve megapixel cameras on the rear. If 2x isn't enough, the iPhone 7 Plus can use digital zoom up to 10x and outputs better images thanks to the two cameras.

The iPhone 7 and iPhone 7 Plus will be available for pre-order on September 9, with shipping beginning September 16.

I think the iPhone 7 and 7plus are a great set. The camera on the plus is unreal to get that kind of technology in an iPhone amazing.
I have 2 cameras just one cost more than this iPhone some years back. But l can't phone with it, or text etc.
The other uses film l love film. The iPhone can't give you that.
But l'm sure the photographs are crisper if you know what l mean. Looks kinda silly having your wedding photographs taken buy a photographer with an iPhone on a stand.