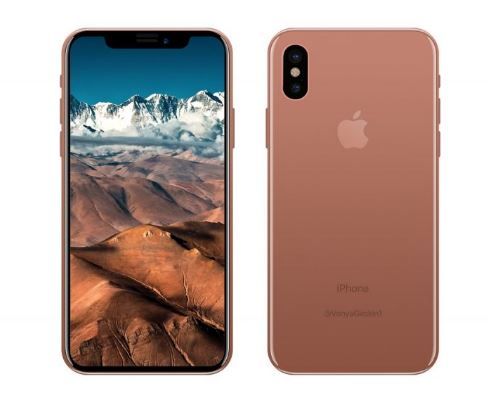 Last week we saw several leaked images emerge of what was claimed to be a new iPhone colour option, which at the time everyone said was “Copper-like,” simply because that was what it looked like.

Now, MacRumors reports that leaker Benjamin Geskin has said on Twitter that he has heard from a Foxconn insider that the official internal name for the new iPhone 8 colour is “Blush Gold.” He added that the phone’s barcode says that it only comes in 64GB and 128GB versions. However, it seems unlikely to think that Apple wouldn’t offer a 256GB version.

Last week the always very well sourced KGI Securities analyst Ming-Chi Kuo said that Apple would only be offering the iPhone 8 in three colour options: black, silver, and gold, and did not mention the copper-type colour. However, the news from Geskin could explain why. MacRumors adds that while the black iPhone 8 version seems to be popular, due to the seamless blending of the notorious notch, bezel, and OLED display, the Blush Gold version has had some criticism, even being referred to as the “Zune option.” I guess we’ll just have to wait and see what the actual phone looks like with the screen turned on, which will give a much better idea than a dummy, however accurate it is.

Agreed, I like it. It's not my color choice but I can certainly appreciate it!
You must log in or register to reply here.