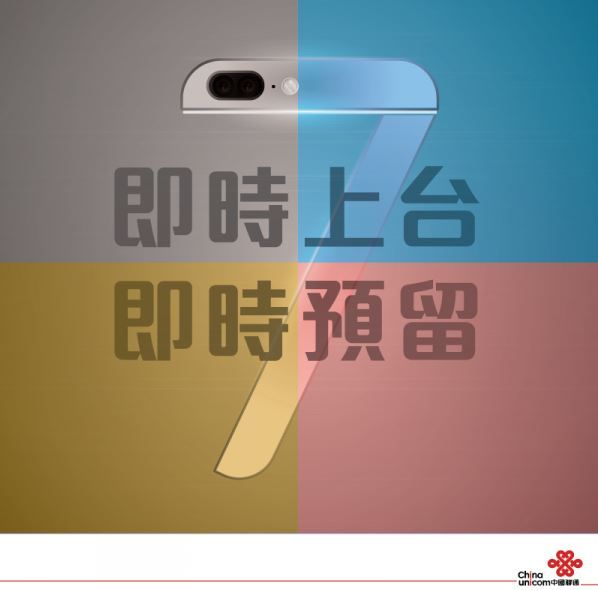 BGR writes that it looks as though one of Apple’s major carrier partners, China Unicom, has just inadvertently (or maybe on purpose?) given away two massive hints about the next iPhone, i.e., the fact that it will be called iPhone 7, and that there will be a blue-coloured version.

China Unicom, the fourth biggest wireless carrier in the world, gave away these two big hints by posting a teaser image showing a big “7” with four different colours: gold, rose gold, space gray, and blue, much lighter than the dark blue that has been rumoured over recent weeks.

The picture also shows the top of the new iPhone forming the top of the 7, revealing a dual camera array, which has long been rumoured to be coming to at least one of the next iPhone models, most likely the Plus or Pro model.

Source: One of Apple’s carrier partners might have just leaked the blue iPhone 7

Interesting! Not too long now before we find out for sure.
You must log in or register to reply here.

China Unicom Could Be Planning to Ditch iPhone Contract Sales