Chevy’s Corvette Z06 to Get CarPlay 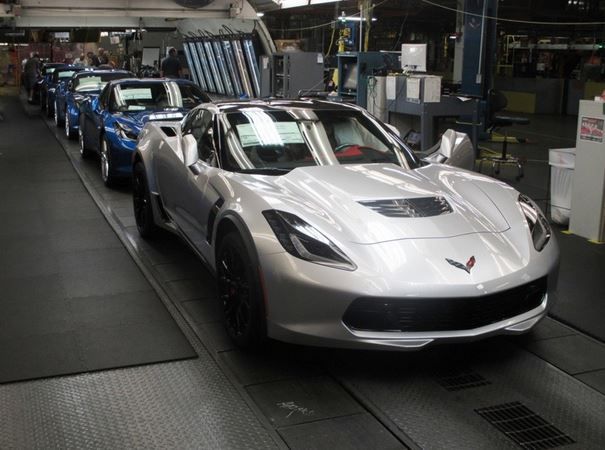 MacRumors reports that General Motors has today shared images of the first of its cars to feature Apple’s CarPlay. In the photos (which first appeared on TechCrunch), you can see the first gorgeous Corvette Z06s rolling off the assembly line, and according to Chevy, the cars are now on their way to car dealerships and happy customers.

The Chevy Corvette is only the second CarPlay-equipped car to be made available to the public to buy so far since CarPlay was first announced by Apple back in March 2014, with the Ferarri FF being the very first. However, consumers have been able to get the service via products from such specialist in-car audio companies as Alpine and Pioneer.

CarPlay is integrated into the Corvette’s 8-inch colour touchscreen along with Chevrolet’s MyLink system.

If you’re thinking that you like the look of the 2016 Corvette Z06, especially with CarPlay included, then you’ll need to dig deep in your pockets, as this little beauty will set you back around $79,000!

I'll be getting the Z06 in Shark Grey with the 8 Speed Automatic as soon as my wife allows me to have my second mid-life crisis. The good news for me is, during my first one I owned a 2004 5th Gen Corvette and 2006 6th Gen Corvette.

I always thought Corvettes were old cars from the 60's, I didn't realise they were still being made, They're really nice.

The last two generations (1997 to 2013) averaged around 27K cars made each year. So it is definitely a low volume production car.
You must log in or register to reply here.