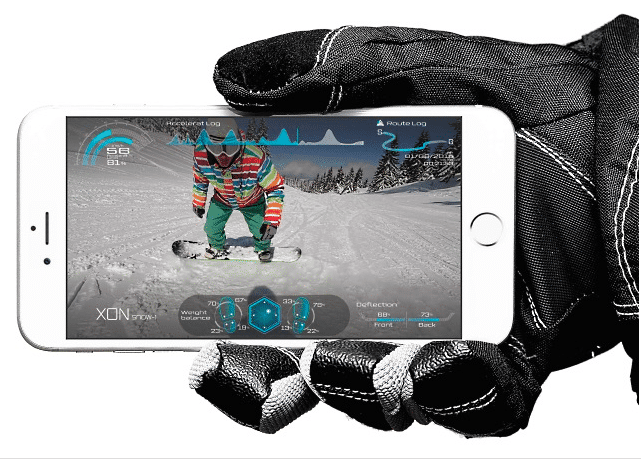 One of the things I really love about CES every year is the sheer number of gadgets that are on show for your iOS device. Apple likes to say that you can use its devices almost anywhere and for almost anything, and this is never more evident than during CES.

Case in point is a gadget that Cerevo has announced today, which is specifically devised for snowboarders. SNOW-1 is snowboard bindings with Bluetooth 4.0 LE module and sensors. The sensors collect data measured and accumulated when you use the bindings on your board, which is then transmitted to your iPhone in real time via Bluetooth to enable you to analyse your ride.

Load sensors are situated at four places under each foot, measuring the shift of loads by the rider, and their center of gravity. Two distortion censors are also situated at the front and end of the snowboard to measure the distortion of the board at each section.

The theory is that the more data provided to snowboarders during practice, the more skilled they will become. That’s the theory, anyway!

Measured data can also be displayed and overlapped to movies that are filmed using your iPhone, and GPS data can check the path of the ride. Information will also be displayed graphically on your phone to make it easy for even beginners to interpret.

SNOW-1 also features super luminosity LED lights in toe and heel sections, which can be seen from 100 meters/30 feet away, and which illuminate by board movement. This could help to add visual effects in movies, or help boarders to keep an eye on their form.

Source: Cerevo
You must log in or register to reply here.