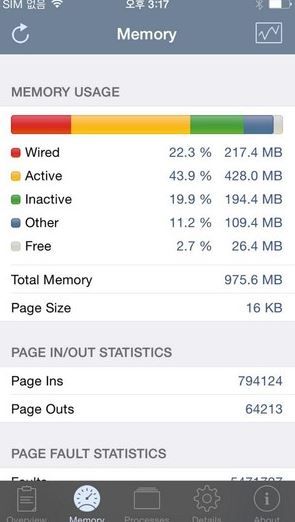 Phone Arena reports that the iPhone 6 Plus will have the same amount of RAM as the smaller iPhone 6, namely 1GB. In fact, Phone Arena notes that many of the 5.5-inch iPhone’s specs are very similar to those of the 4.7-inch phone.

For example, both phones share the A8 processor, in-cell touch display, and 8MP iSight camera. However, the bigger phone does have a few superior specs, such as more pixel density, with 401ppi rather than the iPhone 6’s 326ppi. The battery is also bigger, at 2915mAh, and the camera has optical image stabilisation added for the higher-end model.

But getting back to that 1GB of RAM that both phones have in common, Phone Arena says that this is in accordance with Apple’s tradition of not increasing the specs of a device just for the sake of it and without a sound technical reason. Basically, the iPhone 6 Plus doesn’t need 1GB of RAM, so it doesn’t have it.

iPhone 6s Plus Beats iPhone 6 Plus in Speed Tests