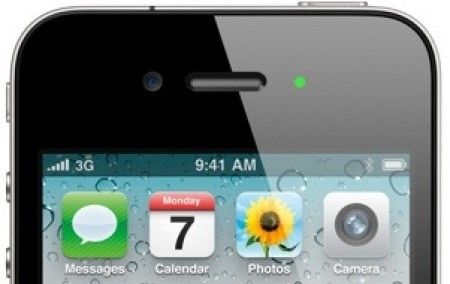 Every day brings new rumors related to Apples next-generation iPhone. According to these speculations, the smartphone could be powered by the A5 processor, which will significantly increase the processing speed, and will feature an 8MP camera.

The iPhone 5 could also incorporate an LED indicator that would blink every time iPhone owners have received a notification, recent rumors claim.
The upcoming smartphone could actually sport two LEDs: the first one will be a dual-LED camera flash and the second one is the LED indicator.

However, this is not an original Apple-idea since BlackBerry already has an indicator LED above the screen. This would not be surprising because Apple has been accused before of having borrowed certain features from various apps and platforms and integrated them into its iOS 5.

A LED indicator could be a useful feature in the upcoming iPhone 5. The LED could let users know they have missed a call, have unread messages or received a new notification.
Apple should also add an option that would allow users to disable the LED because a blinking light can be quite annoying sometimes.

However, if Apple were to listen to the many rumors there are on the online field today, wed probably see a totally awesome iPhone 5 in fall. Obviously, not all of the features that we want will be incorporated inside the next iPhone, but it would be enough for iPhone lovers if we could see at least an 8MP and a A5 processor.

Source: macdaddynews.com
You must log in or register to reply here.

iPhone 5 Rumoured to Have an LED Indicator on the Front