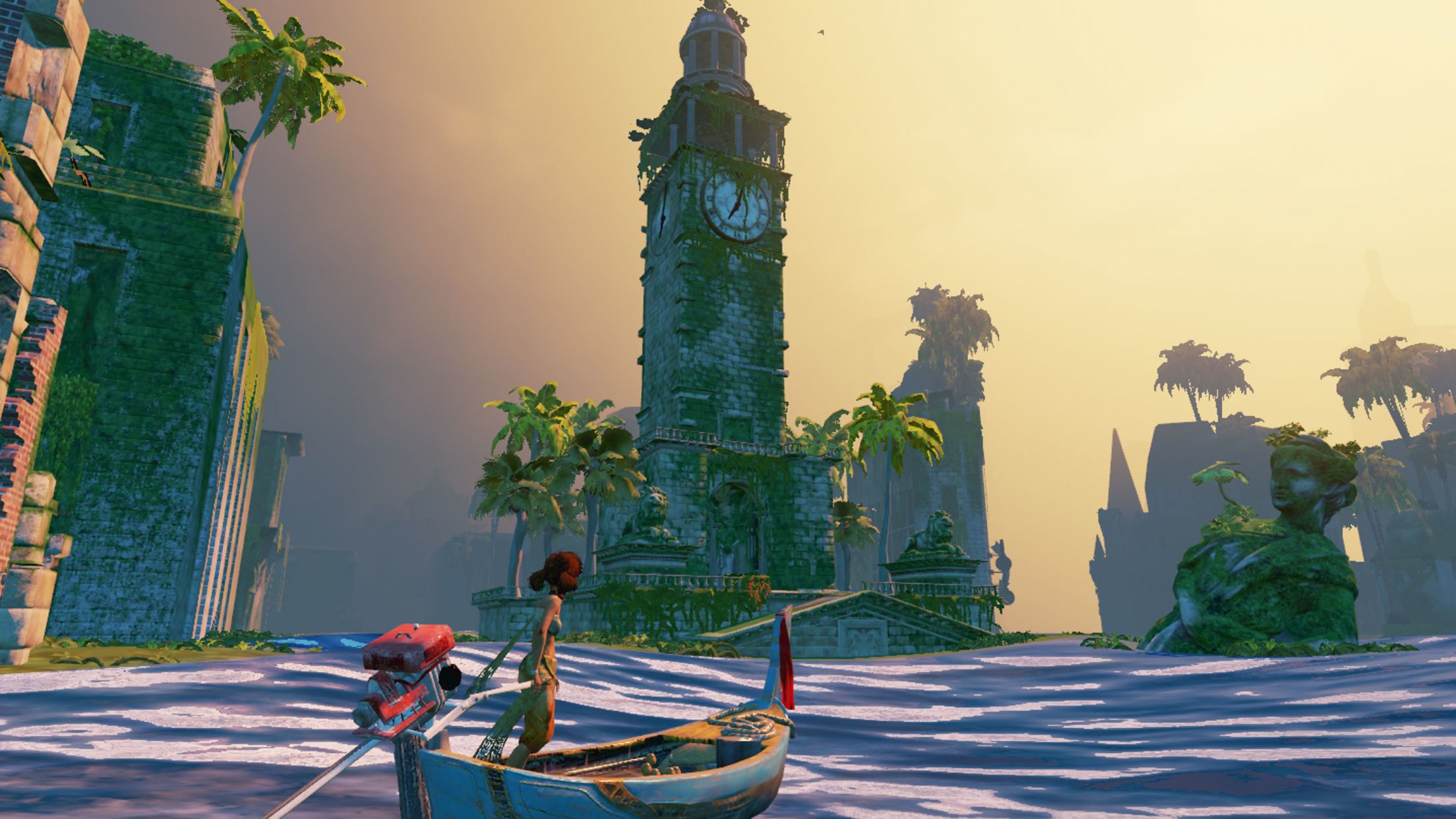 As if today wasn’t already exciting enough, with the arrival of the new iPhone in under an hour, Uppercut games has also given us all a treat by releasing its wonderful adventure game, Submerged, in the App Store today, a year after it was released on PC, Xbox One, and PlayStation 4.

The Uppercut team have previously worked on such games as BioShock, BioShock 2, XCOM, Tribes: Vengeance, EPOCH, and Fallout: Tactics, so you know what sort of quality we’re dealing with here. The third-person combat-free game sees the player exploring a flooded city and taking on the role of Miku, a young girl who is looking after her wounded brother, who she has brought to the city in a small fishing boat.

Along the way you’ll get to explore the flooded city in your boat, climb the submerged buildings, and use your trusty telescope to seek out the supplies that you need to keep your brother alive. You’ll also get to discover the flora and fauna of the land, as well as hidden objects that help you to piece together the story of the broken world and broken family.

And it’s not just the visuals that use the advanced rendering features of Apple’s Metal Renderer that are truly impressive, as the game’s soundtrack, which really adds to the overall magic of the game, was composed by BAFTA-Award-Winner Jeff Van Dyck.

“It’s terrific to finally get Submerged into the hands of gamers across the world,” said company co-founder Ed Orman. “It’s a new kind of relaxing, combat-free game, one we hope strikes an emotional chord with players.”