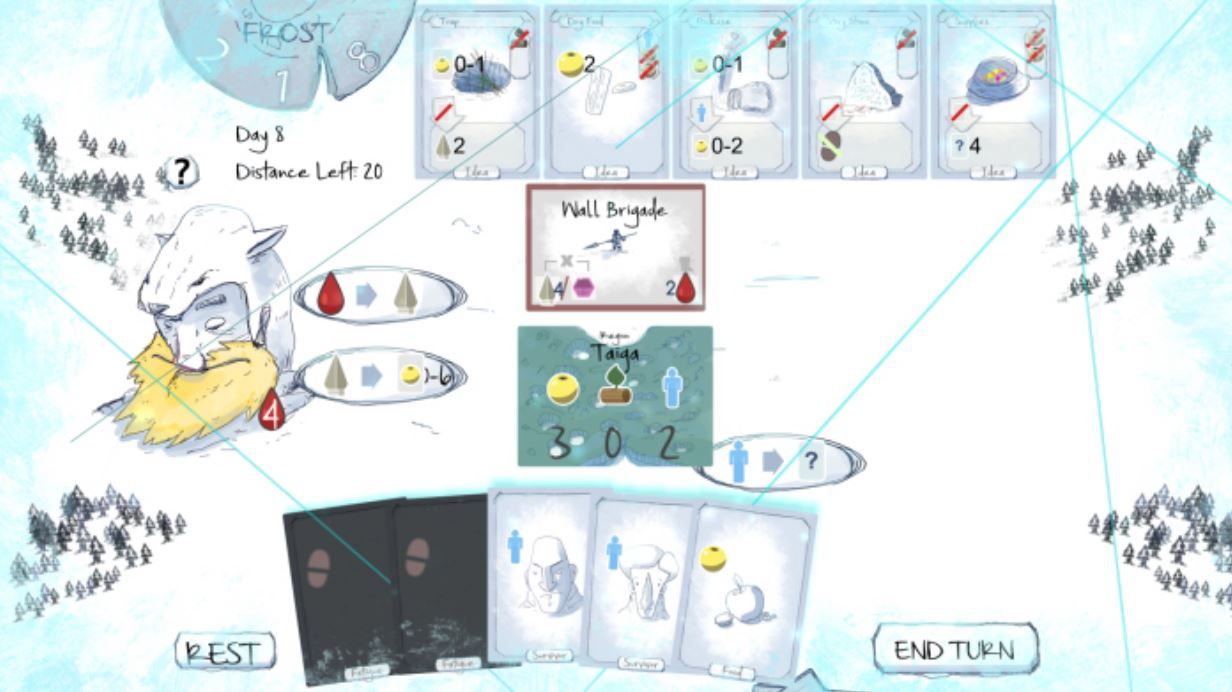 Monday is not usually a big day for iOS game releases, but TouchArcade reports that Frost bucks the trend by arriving in the App Store today, and what a treat it is! The creation of game designer Jérôme Bodin, Frost is a survival solo card game inspired by deck-building board games such as Dominion and Ascension, to name just two, where you are in charge of a group of people who are struggling to survive the ordeal of being trapped in a deadly storm in the Arctic.

Frost has already been extremely well received on Steam, and looks just as good on iOS. As TouchArcade reports, what truly sets the game aside from the competition is Bodin’s gorgeous hand-drawn art style. It also boasts challenging and in-depth gameplay, but has also been designed in such a way that it shouldn’t be too hard to get to grips with if you’re a newcomer to deck-building card games.

On his blog, Bodin explains that you start each game with a finite set of resources, which is your starting deck, which comprises a combination of the four basic game resources: Food, Materials, Survivors, and Fatigue. Your main goal is to reach the Refuge by travelling across the frozen wasteland, gathering the resources that you need to travel from one area to the next. Along the way you’ll face challenges from other people, as well as wolf packs, and much more besides. Ideal Cards can be acquired to help you in your quest, with powerful effects and tools.

Bodin says that he would like to create more modes in future that explore other areas of Frost and focus on other tribes or societies.