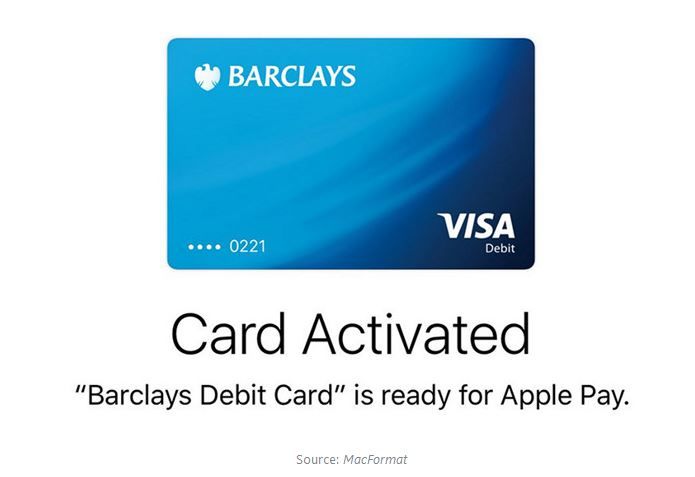 Nine months after Apple Pay was first launched in the UK, Barclays has announced that it is now available for Barclays card users. With Barclays customers in the UK waiting a long time to have this facility, it was no surprise to see that according to MacRumors, there was a fair degree of excitement on social media today when iPhone, iPad, and Apple Watch owners discovered that they could now use Apple Pay with their Barclays cards on their devices.

As MacRumors notes, with Barclays being one of the main UK banks, it was expected to be one of the first to adopt Apple Pay when the service launched in the UK, but surprisingly it was not. Barclays had many complaints from customers over the lack of Apple Pay availability, with some customers even saying that they would leave the bank and go elsewhere because of it.

One day after Apple announced Apple Pay for the UK at WWDC 2015 Barclays CEO of Personal and Corporate Banking Ashok Vaswani said in a statement that Apple was working to bring Apple Pay to its customers, and 9 months later it has finally got around to it.

Source: Barclays adds Apple Pay support 9 months after UK launch
You must log in or register to reply here.

Apple Pay's Launch Date May Have Been Leaked by Apple Partner