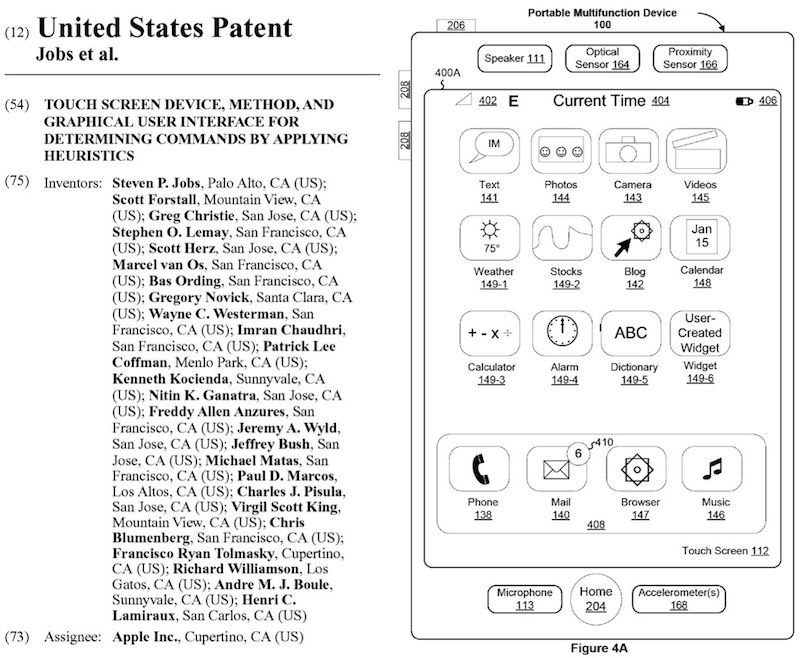 Nine months ago, the United States Patent and Trademark Office tentatively rejected all claims under what is referred to as the Steve Jobs patent, a massive document that has 364 pages with a whopping amount of 293 pages of drawings and schematics. The patent dates back to September 2006 and covers many details of the original iPhone, being essential to Apples intellectual property.

In late December, 2012, the Steve Jobs patent was challenged anonymously (presumably by Samsung and Google) so the USPTO had to thoroughly re-examine it. On September 4, the USPTO has issued a certificate that has reconfirmed all of Apples concerned patents.

Florian Mueller with the FossPatents publication, who first found out about this, said the following:

As we speak, the Steve Jobs patent is even stronger than it was before someone challenged it anonymously. On September 4, 2013, the USPTO issued a reexamination certificate confirming the patentability of all 20 claims because the prior art neither anticipated this invention nor renders it obvious. This outcome is a major strategic win for Apple, a massive setback for Samsung and Google, and a potential threat to other Android device makers.
Click to expand...

Apples win could mean real trouble for the competition. Apparently, Motorola has already been accused of infringing the Steve Jobs patent and back in October 2012, Samsung was found guilty of Steve Jobs patent infringements by an International Trade Commission judge.

The Steve Jobs patent is actually titled "Touch screen device, method, and graphical user interface for determining commands by applying heuristics," and covers functional aspects of the technology found in the multitouch screens used in iPhones and iPads. Besides Steve Jobs, we can find among the credited inventors the former iOS chief Scott Forstall, Bas Ording and Imran Chaudrhi, among others.

ITC rules in Apples favor, bans some Samsung devices in the US