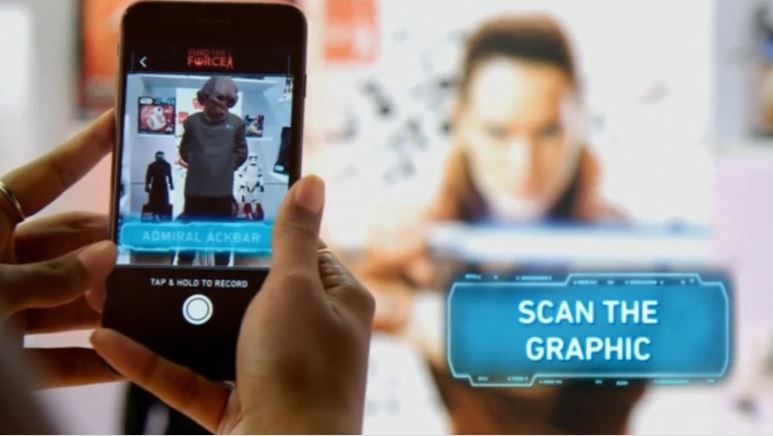 Reuters reports that as part of Disney’s promotional campaign for the forthcoming Star Wars movie The Last Jedi, the company will be using augmented reality to enable fans to “meet” characters from the film in retail stores around the world.

From 12:01 a.m. PDT September 1, more than 20,000 retail locations in 30 countries around the world will have special displays that you can scan with your iPhone in order to reveal AR images of the likes of Rey and Chewbacca.

Just as with Niantic’s massively successful Pokémon Go app, Disney is using augmented reality technology to overlay Star Wars characters on surroundings in the retail stores that fans will see when using their phone’s camera. You can also take photos or videos of the characters.

The special event is due to run for 3 days, and coincides with “Force Friday II,” which is when The Last Jedi souvenirs and toys will be officially on sale at retailers for the first time. While you will be able to use your iPhone to participate in the augmented reality Star Wars hunt in other retailers, Apple retail stores will not be taking part, as Apple is holding its own Star Wars events during Force Friday II weekend. Apple retail stores will, however, be selling third-party app-enabled Star Wars toys.

This will be cool for Star Wars fans!

My husband just got so so excited
You must log in or register to reply here.

Marvel and Star Wars to be Disney Streaming Exclusives