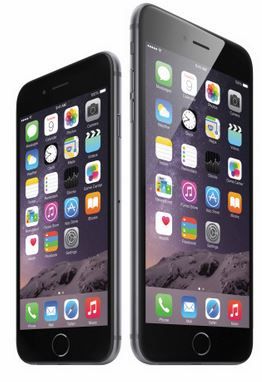 Apple’s two new iPhones have only been available for a few hours and already it appears they are breaking records.

As we reported earlier today, the iPhone 6 Plus is already sold out, with shipping now at 3-4 weeks.

MacRumors reports that AT&T executive Ralph de la Vega has been talking about the successful iPhone 6 launch at the Goldman Sachs Communacopia Conference today, where he described the massive volume of pre-orders as “amazing,” before going on to say that the “systems are rocking” and “everything is going well.”

De la Vega also said that demand for the two new iPhones outstrips that of the iPhone 5s last year. “Every time there is a change in design, there’s an uptake,” said de la Vega. “I think this design is particularly good.”

And the smartphone-buying public seems to agree with him! It also makes you wonder if Apple should have actually released a phablet-sized phone earlier, or have they timed the iPhone 6 Plus release exactly right?