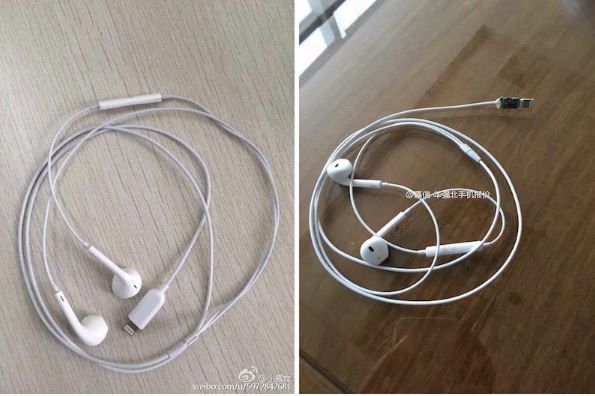 MacRumors reports today on images that have been uploaded to Chinese microblogging website Weibo that are claimed to be of iPhone 7 EarPods, complete with Lightning adaptor. However, MacRumors seems to think that the EarPods shown in the picture are more likely to be fake rather than actual genuine iPhone 7 EarPods, pointing out that the Lightning plug does look a lot wider than the adaptors that are currently packaged with iPhone 6s, 6s Plus and Apple Watch Magnetic Charging Dock.

Even if they are fake, they give a good indication of what the Lightning headphone adaptors will look like when the next iPhone is finally unveiled this coming fall.

It this rumour is true, Apple is going to have to offer a splitter to allow charging or syncing the iPhone while using the headphones at the same time.

The more and more I think about it, I will be holding onto my 6s Plus for another year.
If the rumors hold up and all these little changes are true....I will be waiting patiently on the 8