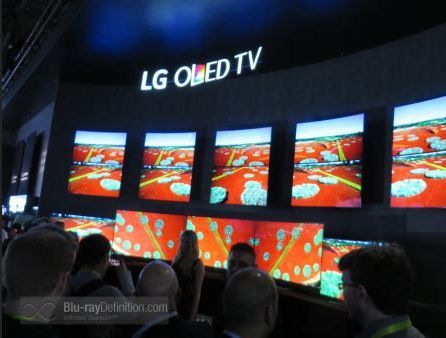 According to a story from The Wall Street Journal today, via AppleInsider, Apple’s bid to bring another OLED display supplier on board aside from Samsung may have run into an obstacle thanks to LG “struggling” with the quality of its OLED panel production. The WSJ says that due to its manufacturing problems, it may not be ready to begin mass production of OLED displays for Apple’s forthcoming iPhones in July. According to the report, there is some dispute within Apple’s management as to whether or not LG will be able to make the deadline for the start of production. Some think it will, some think it won’t.

The WSJ explains that the current problem is caused by the fact that LG Display’s speciality is TV-sized OLED panels, but it “has yet to nail down” the production of smaller displays such as those required by Apple for the forthcoming iPhones. If it ends up not being able to supply OLED panels for Apple's iPhones this year, it will be a big blow for the company, which had invested heavily in plants and machinery to be able to cope with Apple's supply demands.

Source: Apple's efforts to widen OLED screen supply for 2018 iPhones stymied by LG delays
You must log in or register to reply here.