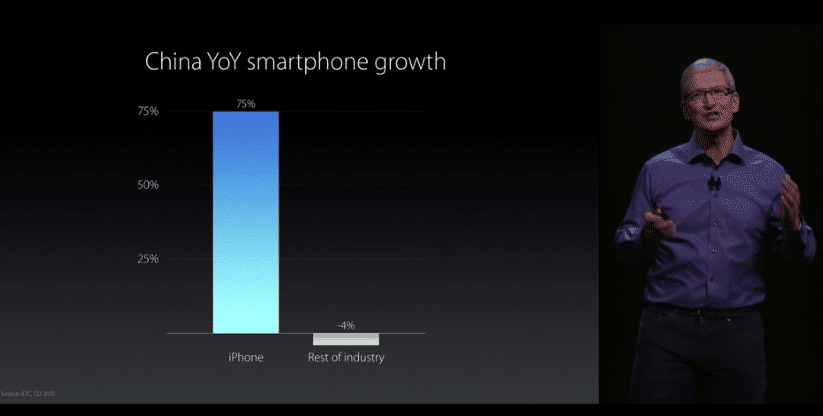 Finally, the new iPhone 6S and the iPhone 6S Plus have become official. While on stage, Apple's CEO Tim Cook had announced that Apple’s iPhone market grew 75 percent in China year over year, whereas the rest of the industry has only seen a 4% rise.

As a matter of fact, the Greater China region is Apple’s second-largest market after the Americas. In Apple’s Q3 earnings, the company reported $13.2 billion in revenue from greater China, an increase of 112 percent from the same time a year ago. And now Tim Cook confirms that Apple's business is doing great in China.

China is also in the midst of an economic slowdown, which could have a negative impact on Apple’s iPhone sales. However, for the time being Apple’s business is strong in China.

China Takes Over From the US as Biggest Smartphone Market