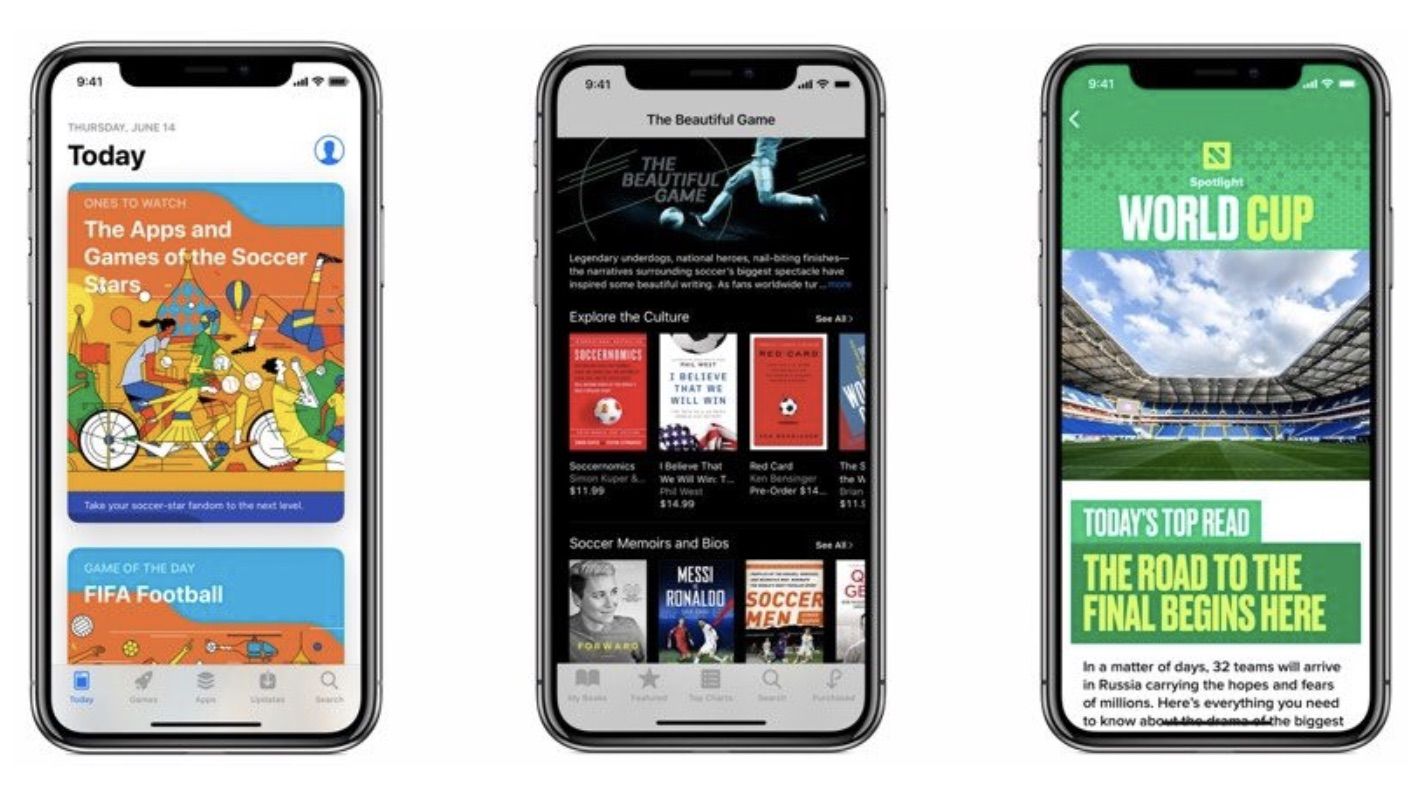 The soccer World Cup kicked off today in Russia, and millions of people all over the world will be watching the month-long tournament and also looking for ways to keep informed about all aspects of the tournament both on the go and at home. MacRumors reports that Apple has outlined some of the many ways fans will be able to follow the World Cup across all its platforms.

First of all, Siri has been updated with support for sports in Brazil, Denmark, Finland, Malaysia, Turkey, Saudi Arabia, and Israel, making a total of 35 countries that now have sports support for Siri, including the US. Apple Watch, iPhone, iPad, HomePod, Mac users can now ask Siri World-Cup-themed questions, such as “When does France play Australia?” or “Who is on the England squad?”

Apple will also be highlighting apps and games related to soccer and the tournament throughout the coming month, including FOX NOW, BBC Sport, FIFA Mobile and PES 2018.

The TV app on Apple TV and iOS will be showing World Cup soccer games using the FOX NOW coverage in the United States, and TSN and RDS in Canada.

And that’s not even all the coverage, as for the duration of the World Cup Apple will also be featuring related content in the News app from Eight by Eight magazine. Apple Music will also feature playlists for each of the 32 nations taking part.

Even podcasts and books are included in the fun and games, with a World Cup editorial collection entitled “The Beautiful Game” on both iBooks and the Podcasts app.