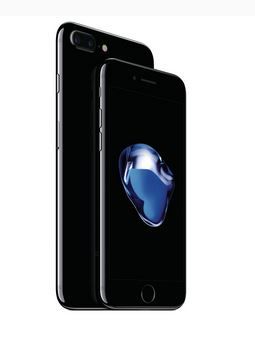 According to noted KGI Securities analyst Ming-Chi Kuo, the iPhone 7 Plus dual-camera will again be an iPhone Plus exclusive for the 2018 iPhone line-up. In a note to investors, Kuo said that due to Apple’s application, cost and product segmentation strategy, only the Plus models would have the dual-lens camera system. This would represent approximately 30% to 40% of all iPhone shipments next year, said the analyst.

"While an attractive addition for avid picture takers and professional photographers, the iPhone 7 Plus dual-camera is not a mass-market killer application yet," said Kuo. "Along with its high cost (estimated at over US$30-40) and the necessity for Apple to enhance the added value of high-end iPhone models, we expect only high-end new iPhone models (30-40% of them) to have a dual-camera next year."
Click to expand...

This contradicts the opinion of other experts who have said that they expect all iPhone models from 2017 onwards to have the dual-camera technology, just as happened with optical image stabilization, which launched exclusively on the iPhone 6 Plus in 2014, but is now also featured on the iPhone 7 as well as the iPhone 7 Plus.

Source: Dual-lens camera to remain iPhone Plus exclusive in 2017

The better camera is the only reason I bought the 6 plus. But now I'm use to the bigger screen but even if I haden't I would get the 7 plus now because of the camera.
You must log in or register to reply here.