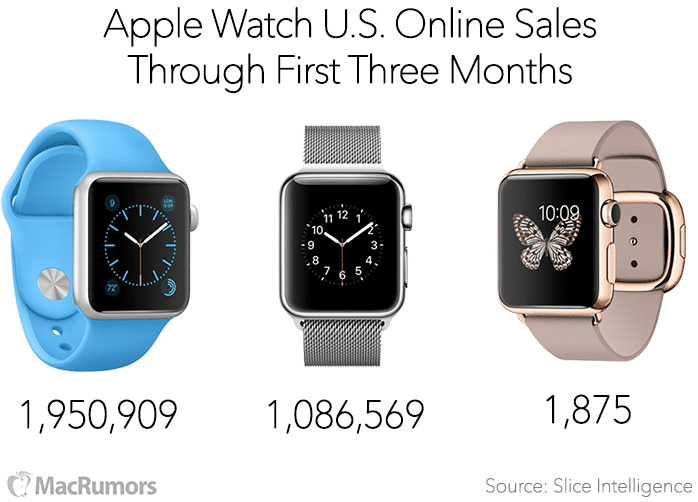 According to fresh data coming from market research firm Slice Intelligence and reported by MacRumors, it seems that Apple Watch online sales in the United States are estimated to have totaled 3,039,353 at an average price of $505 through July 10.

The report comes in exactly three months after Apple began accepting pre-orders for its first smartwatch. The entry-level Apple Watch Sport seems to be the most popular model among with an estimated 1,950,909 units sold at an average price of $381 since April 10. Sales for the stainless steel Apple Watch are estimated at 1,086,569 units to date, at an average price of $695.

Apple Expected to Have Sold Around 35 Million iPhones in Q1