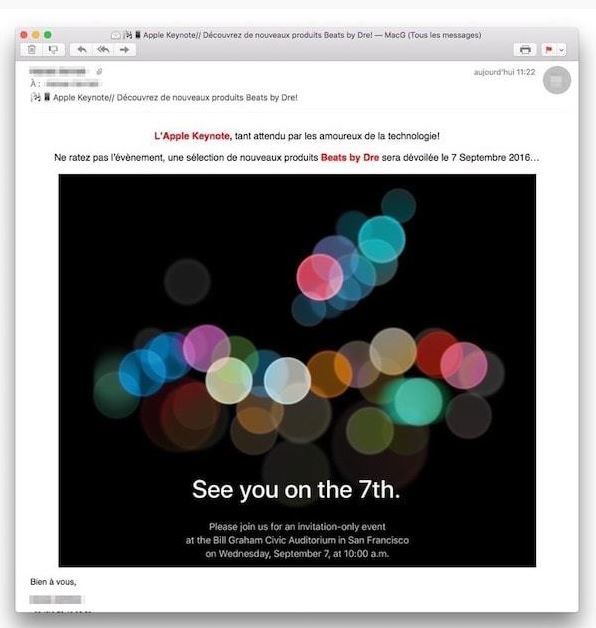 9to5 Mac reports that a leaked e-mail from Beats PR staff has revealed that new Beats by Dre products will be unveiled on September 7 at Apple’s iPhone 7 launch event. The e-mail has subsequently been withdrawn by Beats.

So now that the leak has given the game away about Beats being involved in the presentation on the 7th, the question is, will Beats headphones be bundled with the new iPhone?

Clearly, with the removal of the headphone jack, wireless headphones will be a much more important accessory with the iPhone 7. It’s still by no means certain just what sort of earphones Apple will be including in the basic iPhone 7 package. Various leaks, which may or may not be accurate, have suggested several different bundles, including one with the current EarPods and a Lightning adapter, one with new Lightning-enabled EarPods, or possibly even a high-end Beats product such as the one that Beats is planning to announce on the 7th.

Source: Apple leaks plans for new line of Beats headphones alongside iPhone 7 launch
You must log in or register to reply here.

Apple is Planning to Shut Down Beats Music