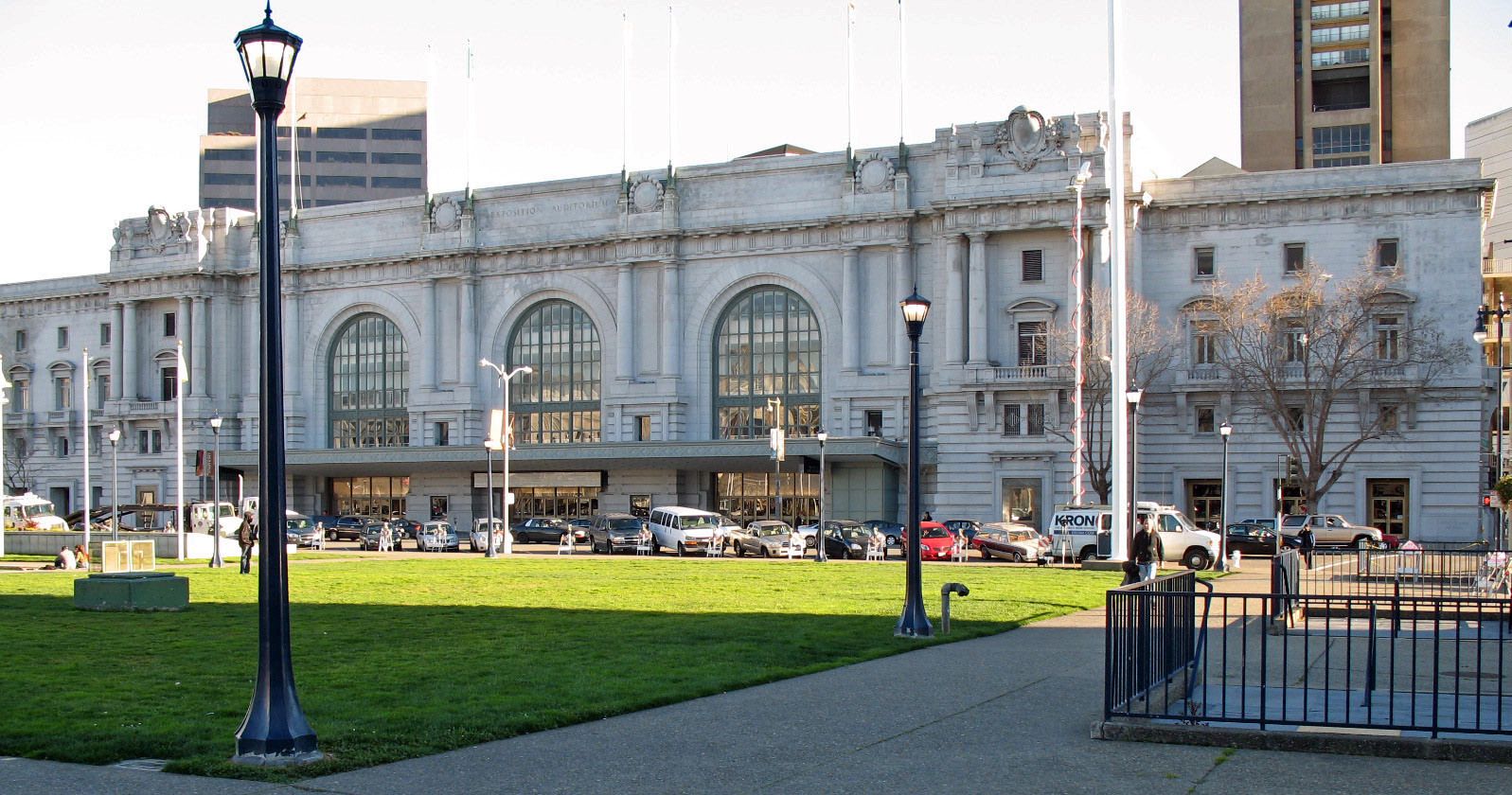 According to multiple reports circulating online, it seems that Apple might be planning to hold its upcoming September 9 iPhone event at the Bill Graham Civic Auditorium in San Francisco.

San Francisco news site has discovered that the auditorium was booked for a "trade show" set to run from September 4 until September 10. The publication now reports that a "trusted source" has confirmed the Bill Graham Civic Auditorium will indeed be used for Apple's September iPhone event:

"Our source, who wished to remain anonymous due to the extreme privacy surrounding the event, has shown us documentation from event logistics indicating that Apple is renting the building through September 12th. This timing is consistent with what we were told by a security guard on Monday."

Furthermore, it turns out that four window panels are set to be removed to accommodate an "exterior wall mounted star graphic sign," which may be a placeholder for an Apple logo.

Source: Hoodline
You must log in or register to reply here.