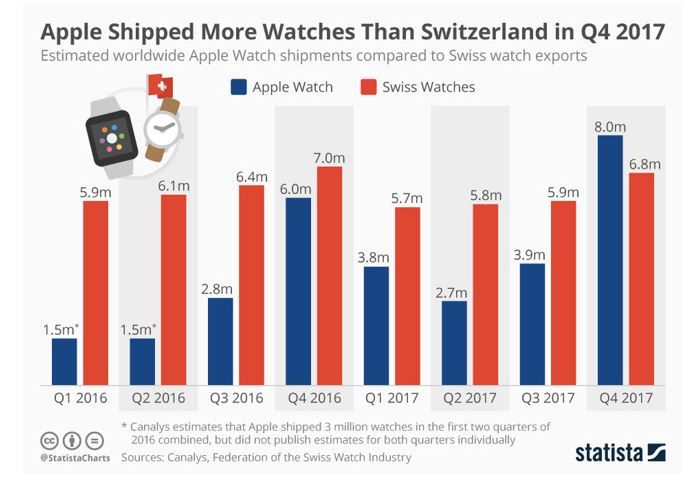 AppleInsider reports today that according to a new chart published by Statista, Apple sold more watches in Q4 2017 than the entire Swiss watch industry.

Statista used Apple Watch shipment estimates recently published by research firm Canalys as the basis for its chart, whereby it compared them with official shipment figures from the Federation of the Swiss Watch Industry, which encapsulates all watch exports produced in Switzerland, not just for a particular manufacturer.

Sorry Apple. I am not one of them. I prefer Swiss watch over ugly Apply watch.

To each his own. Love my Apple Watch
A

I don't have an Apple Watch, but I don't own any people either...
You must log in or register to reply here.