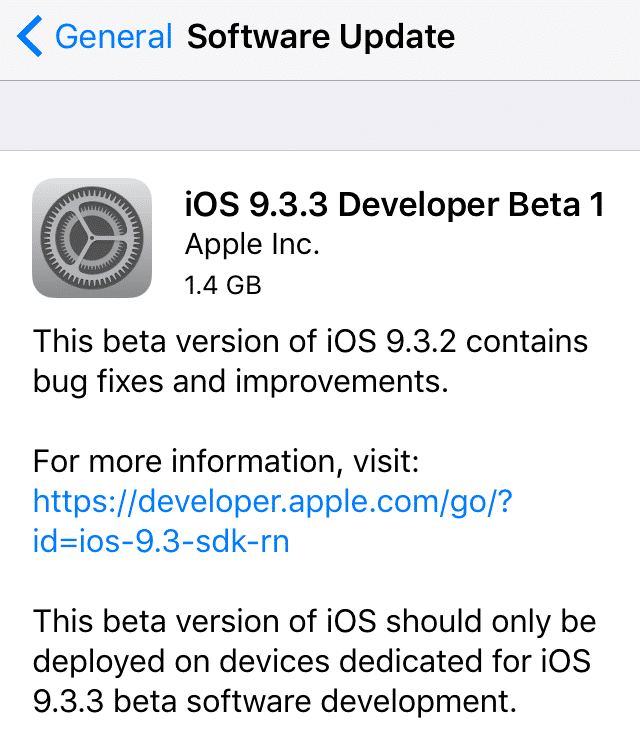 Almost two week ago, Apple seeded the first beta of iOS 9.3.3 to developers and public beta testers. Monday marks the release of apples second beta for the upcoming iOS 9.3.3 firmware, with a public beta release coming within the next day or so.

iOS 9.3.3 beta 2 can now be downloaded by developers via Over-The-Air update, or through Apple's Developer Portal. We'll be sure to hear more about this and the upcoming iOS 10 at the Worldwide Developers Conference on June 13.

I've already updated my iPhone and will update my iPad later tonight.
M

iphone 6s had some bugs. But it think now they got fixed by Apple.
You must log in or register to reply here.