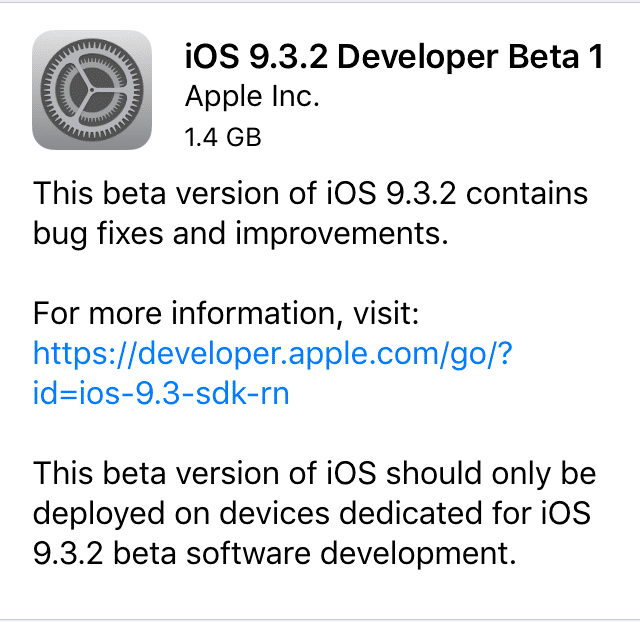 Just last week, Apple released a second build of iOS 9.3 to fix an activation bug, followed by the quick release of iOS 9.3.1 to fix a bug related to web links. This week Apple is improving its mobile operating system yet again, seeding iOS 9.3.2 to developers.

The first beta of iOS 9.3.2 is now available to developers through over-the-air update, or by downloading the correct firmware in Apple's iOS developer center. We'll keep the post updated if we find any significant changes.

The size of the update varies depending on which device it is. It's 1.6 GB for my iPhone 6 Plus.
You must log in or register to reply here.