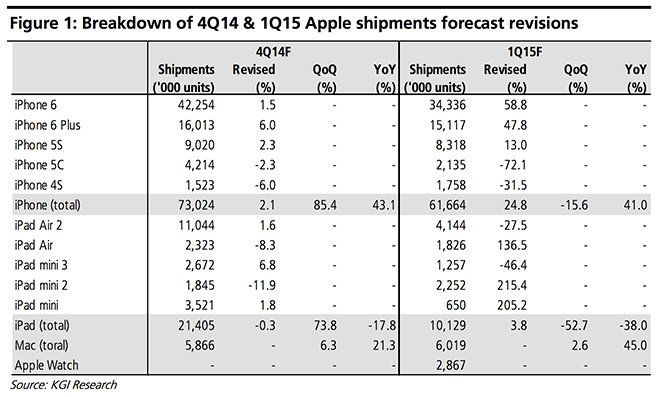 According to KGI analyst Ming-Chi Kuo, it seems that Apple's latest iPhone 6 and iPhone 6 Plus handsets have boosted the company's total iPhone sales to a whopping 73 million for the quarter ending December.

The analyst estimates the 4.7-inch iPhone 6 to have sold more than 42 million. As for the larger 5.5-inch iPhone 6, he thinks Apple managed to sell 16 million units.

If this estimations will turn out to be true, then Apple is in for a record-smashing holiday quarter. Other leading investment banks including UBS previously estimated that Apple had sold around 69 million iPhones in the holiday quarter.

Source: KGI
You must log in or register to reply here.

AT&T Says That it Activated 7.6 Million iPhones Over the Holiday Quarter