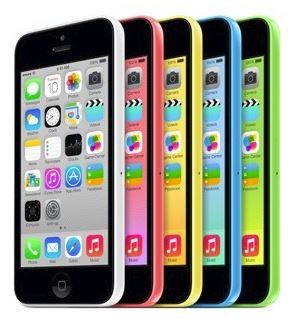 MacRumors has somewhat surprising iPhone news today, via credible source Mac Otakara, which says that Apple is planning to launch a new 4-inch iPhone 5s that also has iPod touch features such as an A8 chip, 802.11ac Wi-Fi, Bluetooth 4.1 and an updated FaceTime HD camera with f/2.2 aperture.

Mac Otakara even says that the “iPhone 5s Mark II” is already being manufactured, and could sooner rather than later.

As MacRumors notes, another reliable source, Ming-Chi Kuo from KGI Securities, has recently said that he thinks Apple will release a new 4-inch upgraded iPhone 5s in the first half of 2016. Other recent rumours have backed him up, and while he has also talked of this new version of the iPhone 5s, which some are calling the “iPhone 6c,” having an A9 processor rather than A8, it could be that Apple wants to keep it separate from the iPhone 6s range, and so will use the A8 instead of the A9.

What? I sincerely have a difficult time believing this... Why would they come out with this?

DrumsOfGrohl said:
What? I sincerely have a difficult time believing this... Why would they come out with this?
Click to expand...

I believe we saw the same type of rumours in the months leading up to the release of the iPhone 6s and 6s Plus. Apple will produce whichever products give them the most profit. Which means that if Apple had seen sufficient profit in production of an updated iPhone with a 4" screen size, they would already be producing it. The only iPhone with a 4" screen currently offered for sale is the iPhone 5s, which remains in limited production and is a 2 year old design.
You must log in or register to reply here.

Rumour: New 6.5-Inch OLED iPhone Will be Same Size as iPhone 8 Plus