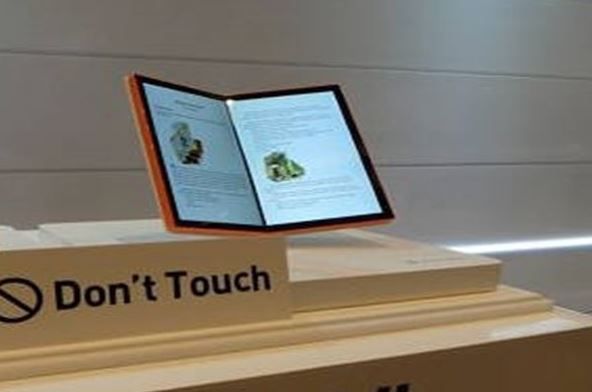 According to a new report from Korean website etnews, via 9to5 Mac, LG Display has teamed up with Apple, Microsoft, and Google to mass-produce folding OLED displays. etnews says that the three companies are among the first to order supplies of the new displays, which will enter mass production in 2018. The report says that it is expected that LG Display and Samsung will be the two main producers of folding displays, but whereas Samsung Display is working with its own Samsung Electronics Wireless Business Department, LG Display is partnering with companies such as the three aforementioned giants.

LG Display has apparently already developed and produced a foldable panel prototype of a “significantly high” technical level, which was shown at CES 2013 (pictured). etnews says that while Samsung has been very vocal about its intentions to develop folding displays, even going so far as to distribute a concept video of a folding smartphone, LG Display and LG Electronics have been flying under the radar somewhat as far as their work on folding displays is concerned, mainly due to the relative lack of success of their smartphone manufacturing business compared with that of Samsung.

Source: https://9to5mac.com/2016/12/16/lg-display-apple-google-foldable-oled-iphone/
You must log in or register to reply here.