Apples iWatch to come in two sizes next year: 1.7 for men and 1.3 for women 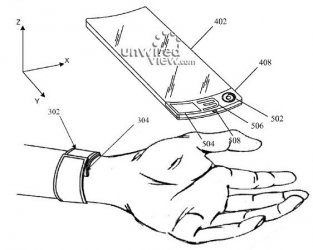 According to Unwired View, which cites the Korea Herald, Apple will be using two different sizes for its upcoming rumored iWatch device - a larger 1.7-inch display targeted at men and a smaller 1.3-inch option for women. The information that Apple could be planning two separate sizes for its iWatch first appeared last month, when NPD DisplaySearch analyst David Hsieh offered an overview of Apple's display plans for future devices.

Hsieh said at the time that Apple appeared was looking to source both 1.3-inch and 1.63-inch flexible AMOLED displays with resolutions of 320 x 320 pixels. Now, at a recent conference, the analyst provided more details, saying that the new sizes are meant to cover two distinct genders. Kim Ji-hyun and Shin Ji-hye from the Korea Herald said the following:

Apples wearable iWatch is expected to come with a 1.7-inch OLED display for mens watches and a 1.3-inch OLED screen for women, David Hsieh, DisplaySearchs Vice President of the Greater China Market, said at a conference today in Taiwan, citing Apple sources. Apple has not officially announced the launch, but the iWatch &#8213; Apples first wearable device &#8213; is expected to be rolled out as early as the end of this year, given CEO Tim Cooks latest remarks confirming new product categories. It is yet to be confirmed whether the displays will be flexible but sources said it was a possibility, since Apple will want to upstage Samsungs Galaxy Gear.
Click to expand...

Stasys Bielinis with the UnviredView says that the wearable industry is a new one for Apple and the company needs to come up with an original uproach:

Wearables is a completely new category which may require an original approach. And it certainly makes a lot of sense. Contrary to the electronic gadgets, there is usually a very distinct differences between traditional mens and womens watches. And one of the biggest differences is size. If Apple decides to launch separate iWatch models for men and women, it will simply be following the lessons learned during the centuries of traditional watchmaking.

Would you be interested in buying an iWatch if it really sees the daylight?

Thats good to know (even if it is a rumor), just like Timex ......SMILE
You must log in or register to reply here.

Apple Said to be Developing iWatch

Bloomberg: Apple apparently has 100 people working on the iWatch