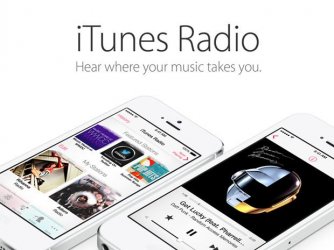 &#8203;
Apple has announced its intention of launching the iTunes Radio service back in June at the WWDC event. Yet no exact date has been set for its arrival. But now, a new report via AdAge claims that Apple is ready to unleash the Radio station and will do so very soon, in September.

The AdAge report claims that Apple has partnered with big advertisers for this occasion. Namely, it has co-opted a lot of major names from all kinds of industries as sponsors. Companies like McDonalds, Pepsi, Nissan or Procter & Gamble are going to set up elaborate and expensive campaigns within the service, which will be spread throughout 12 months.

Users will most likely see ads being run on their iPhones, iPads, Macs and Apple TVs. However for those who pay for Apple&#8217;s iTunes Match cloud music service, the streaming will become ad-free. So those annoyed with ads, should think of registering for an account before the Radio launches.

The iTunes Radio is Apple&#8217;s answer to the popular radio service Pandora and when released, it will be available only in the United States. Senior vice president of internet software and services Eddy Cue mentioned at the WWDC that the service will first be blasted on American territory but will soon be extended to other countries. So far the UK is confirmed, but others will follow.

Source: AdAge
Last edited by a moderator: Aug 21, 2013
You must log in or register to reply here.