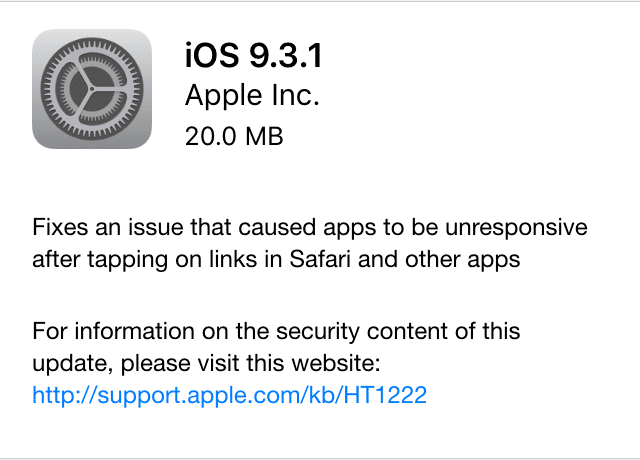 Following the story we reported on Monday, Apple has released a fix to the bug harassing a number of users on iOS. On Thursday, the fruit company released iOS 9.3.1 to the public, which should fix the issue which "caused apps to become unresponsive after tapping on links in Safari and other apps".

iOS 9.3.1 holds the build number 13E238 and can be downloaded via Over-The-Air update, or via iTunes. Let us know if this update fixed any issues you were having.
You must log in or register to reply here.

Apple Working on Fix for Web Link Bug in iOS 9.3 and Older Versions

Apple Releases iOS 7.1.2 with Improved iBeacon and Other Bug Fixes