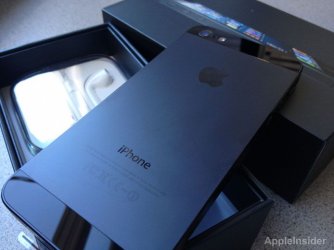 As we recently reported, the team from The Verge discovered a back door into Apple&#8217;s mobile operating system that allows virtually everyone to access the lock-screen of the iPhone. The procedure would then allow the hacker to browse saved contacts, photographs and even listen to the device&#8217;s voice mail. The Verge even put out a video showcasing the exact steps needed to hack into an iPhone.

As the method for bypassing the security lock-screen leaked out and spread across the World Wide Web, after being proved that it actually worked, Apple has decided to take action. Apple will release an update to fix the bug permanently.

AllThingsD was the first to report Apple&#8217;s spokeswoman Trudy Muller official response on behalf of the company, meant to assure worried iPhone users that the mother company is thinking of a solution as we speak.&#8203;&#8203;

"Apple takes user security very seriously. We are aware of this issue and will deliver a fix in a future software update,&#8221; stated Muller.

However, she did not specify when exactly the above mentioned update is going to become available.

Apple has faced similar threats in the past, as well. Back in October 2010, a similar security breach was found in the iOS 4.1, which allowed snoopers access to the numbers stored within the phone&#8217;s memory, pictures and voice mail.

Source: AppleInsider
Last edited by a moderator: Feb 18, 2013
You must log in or register to reply here.

Apple promises to fix iMessage problems in next iOS 7 update

Apple Says Snooping on Your iMessages is Not Possible

Apple Releases iOS 7.0.5 with Some Bug Fixes for iPhone Users

iOS 7 security bug allows anyone to access photos and email