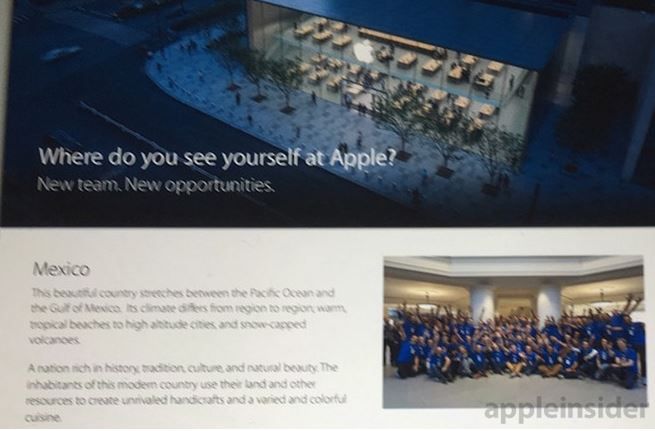 AppleInsider reports that Apple is set to undertake a major retail expansion into Latin America, beginning with a huge flagship store in Mexico City. AppleInsider’s anonymous source said that Apple would begin its expansion by building a new Apple retail store in a large shopping mall in Via Santa Fe, which is part of Mexico City’s Centro Santa Fe complex. Apparently Apple’s SVP of Retail, Angela Ahrendts, only very recently signed the lease, with construction on the store already underway.

This will be Apple’s first store in Mexico, and only the third official Apple store in Latin America, with the other two being in Brazil. AppleInsider’s source said that these two Brazilian stores had been a testing ground for Apple’s expansion plans in Latin America.

Apple is also planning to build a second Mexico City store that will be a striking, standalone building in an upscale shopping area, similar to those in China and the Union Square store in San Francisco.

The source doesn’t provide an opening date for the stores, but says that they will be built within a year of each other.

Along with these projects, Apple is also looking to expand into Argentina, Peru, and Chile.

Source: Apple on verge of major retail push into Latin America, first stores to open in Mexico City
You must log in or register to reply here.

Apple to Open Retail Outlets Within 25 Target Stores in 2012