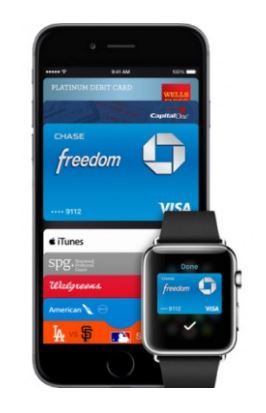 Apple Pay continues to expand, with MacRumors reporting today that Apple Pay is set to arrive in Switzerland on June 13, making a total of seven countries where Apple Pay is now accepted worldwide. Switzerland will be only the second country in Europe to offer Apple Pay, with the UK being the first. While the arrival of Apple Pay in Switzerland has not yet been officially confirmed, the news comes via financial website Finews.

According to the German-language website, private Swiss bank Corner Bank will be among the first Swiss banks to offer support for Apple Pay. So far there is no word as to whether or not the two main banks in Switzerland, UBS and Credit Suisse, will be supporting Apple Pay from day one.

Apple is still working hard to expand Apple Pay support further to other countries, including Hong Kong and Spain, as well as France, Brazil and Japan.

Meanwhile, in territories that already have support for Apple Pay, ANZ in Australia has been added, as well as five major banks in Singapore, and Canada’s five big banks (BMO, CIBC, RBC, Scotiabank, and TD Canada Trust).

Source: Apple Pay Said to Launch in Switzerland on June 13
You must log in or register to reply here.