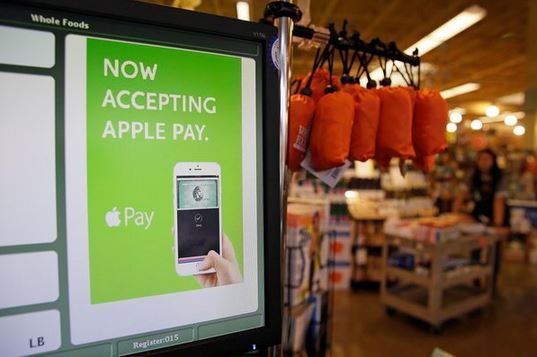 In a new report, research firm ITG finds that Apple Pay, in its first full month of service, accounted for 1% of all digital payment dollars, according to AppleInsider.

This is very good news for Apple, and a strong indication that Apple Pay has been embraced not just by the usual early-adopters, but also by more casual customers. And don't forget, only those with either an iPhone 6 or iPhone 6 Plus can use the service at present.

MarketWatch reports that ITG’s figures reveal that 60% of Apple Pay users made multiple purchases in November. This is way ahead of PayPal’s similar mobile payment service, with only 20% of PayPal’s mobile service users using it more than once in November.

Breaking usage down even further, the report said that the average Apple Pay user made 1.4 transactions a week.

As far as per-merchant usage is concerned, ITG said that Apple Pay had “stickiness,” with customers using Apple Pay for future payments at the same retailer around 66% of the time.

While Apple Pay is currently only active in the U.S., AppleInsider says that recent job listings indicate that the service may well be coming to Europe and China very soon.

Apple Pay customers made roughly 1.4 transactions per week, with 60% of users making multiple purchases; compared to 20% from PayPal. Apple Pay's top transactions are from Whole Foods (20%) and Walgreens (19%), followed by McDonalds (11%).
You must log in or register to reply here.

Apple Pay May Be Coming To Websites At WWDC 2016