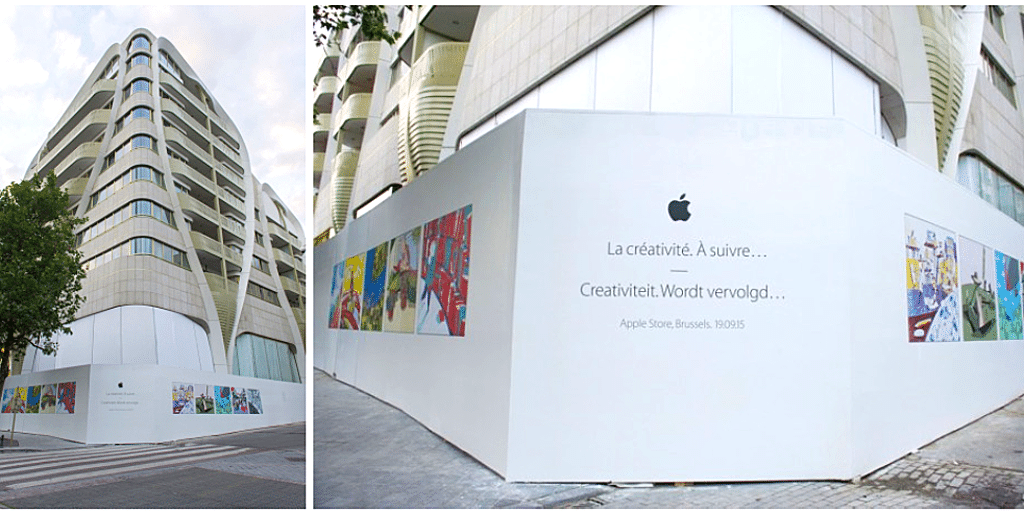 The date is shown on the hoarding outside the new store, located on Avenue de la Toison d’Or (also known as Gulden Vlieslaan). The wording on the hoarding reads the following - ‘creativity, to be continued,’ featuring paintings by local artists. The store is pretty big, with 1500 square meters, so Apple is going to mark its entry in style.

Apple is also rumored to plan a second Belgian store, in Antwerp, with the former Trade Fair building being rumored for a potential location.

Source: ANV
You must log in or register to reply here.

Apple to Open First Ever Retail Store in Taiwan