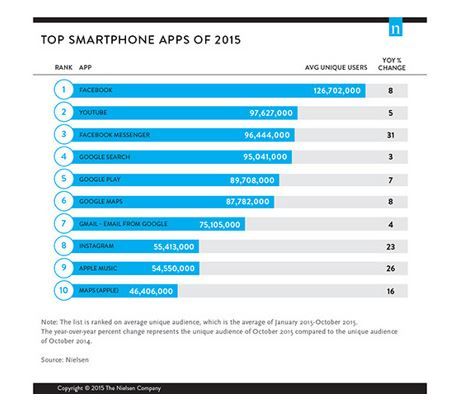 In its year-end report, consumer research company Nielsen has cited Apple Music as one of the most popular smartphone apps of 2015, with more than 54.5 million average monthly users, according to AppleInsider.

Various Google apps dominated the chart, with four apps included, thanks to Android’s dominance of the US smartphone market, with 53% of those polled by Nielsen accessing apps from an Android device and 43% using Apple’s iPhone.

Source: Apple Music racked up more than 54.5M monthly users in 2015, study says
You must log in or register to reply here.