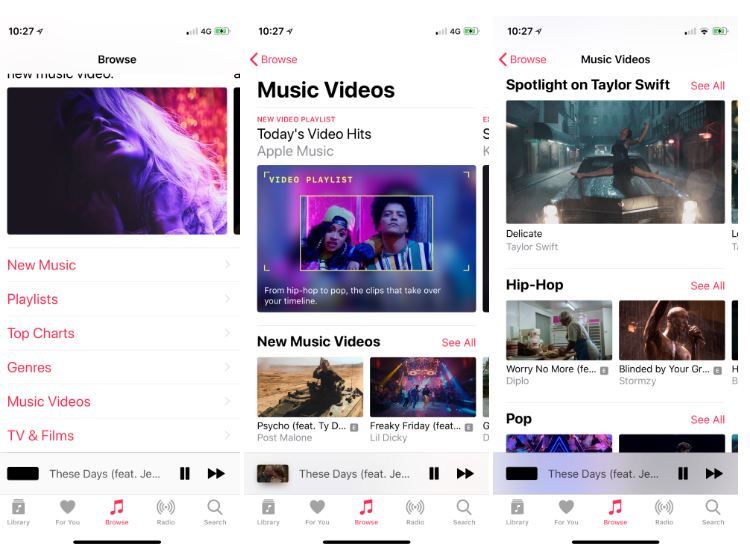 9to5 Mac reports today that Apple Music customers have noticed that a new “Music Videos” section has started appearing in their Music app. Music video updates in the Music app were previously announced as one of the new features to be included in iOS 11.3, but this has not appeared in any of the iOS 11.3 betas, so it’s quite a surprise to find it turning up now unannounced.

In order to access the new feature you need to have an Apple Music subscription, paying the $9.99-per-month fee. You can then find the “Music Videos” section under the “Browse” menu.

The new section includes curated playlists of music videos, such as “Today’s Video Hits,” plus brand new videos and artist spotlights. Unlimited, ad-free music videos have always been included in the Apple Music paid subscription, so there’s nothing new in terms of content here, but the update makes more of a feature of the videos on offer, as well as providing recommendations and editorial in a similar fashion to the New Music section for singles and albums in Apple Music.

Source: New ‘Music Videos’ section appears in Apple Music ahead of iOS 11.3 release
You must log in or register to reply here.

Apple Music Connect to be Sidelined in Forthcoming Redesign