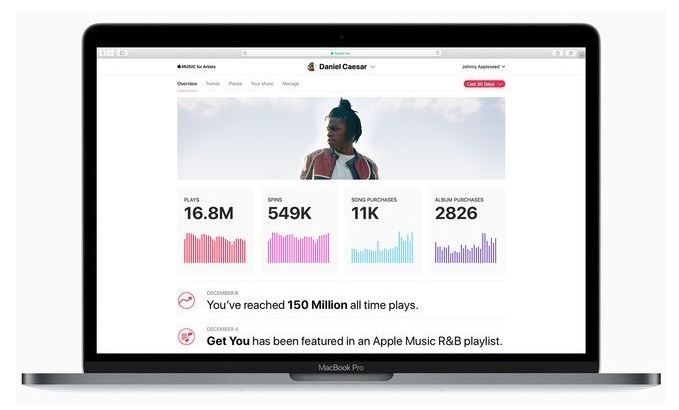 AppleInsider reports on an announcement from Apple’s SVP of Internet Software and Services, Eddy Cue, during an onstage interview at South by Southwest in Texas, when he said that Apple Music has now exceeded 38 million subscribers. According to Cue, Apple Music’s subscriber base is growing so fast that it actually gained 2 million new subscribers in just over a month. And you can add to that figure another 8 million who have signed up for the Apple Music trial period.

Combining Apple Music and Spotify’s subscriber bases, Cue said that together they add up to over 100 million subscribers. Of course, Spotify still makes up the lion’s share of that figure, having announced last month that it has 71 million paying users.

Cue added that Apple still has plenty of room to grow, with a worldwide audience of potential subscribers of around 2 billion. In fact, with over a half a billion users accessing the App Store each week, there are many more opportunities for enticing new subscribers.

However, after unveiling these impressive figures, Cue bought the whole topic back to creativity, saying that artist royalties are more important than numbers.

“The real opportunity for music - and it’s not about Spotify or us or the labels, it’s about artists - is how do they get their music to everyone around the world and how do they get compensated for that,” Cue told interviewer Dylan Byers from CCN. “We both have to grow by significant amounts in order to get to the numbers which it should.”
Click to expand...

Source: Apple Music reaches 38M subscribers, gained 2M in last month
You must log in or register to reply here.

Apple Will Surpass Spotify in US by This Summer