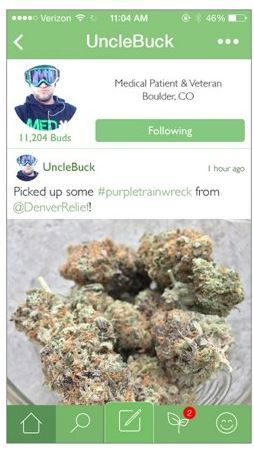 AppleInsider reports today that Apple appears to have relaxed its policy on marijuana-themed apps in the App Store, so long as they hail from a U.S. state where marijuana is legal.

The results of the new policy were first noticed today by the developers of the MassRoots app, which is a social networking app for cannabis users. The app was previously banned from the App Store, but Apple has now allowed it back in, albeit with an enforced geolocation check so that only those in marijuana-legal territories can use it.

This move by Apple seems to be the successful outcome of a campaign by the developers of MassRoots and other similar advocacy groups, who petitioned Apple to relax its ban on marijuana-themed apps in the App Store.

“We’d like to thank the App Store for embracing the cannabis community and continuing to set an example as a socially progressive institution,” said MassRoots today. “We are excited to begin a new chapter with Apple in which we can work together to affect meaningful societal change.”
Click to expand...

Source: Apple now allowing marijuana-themed App Store downloads in 23 US states where drug is legal
You must log in or register to reply here.